Recently India’s Prime Minister Narendra Modi was surprisingly full of praise towards blockchain’s development potential and was critical about the need for “rapid adaptation” to this technology. While Governments are usually skeptical about Cryptocurrency, the transparency that blockchain technology offers will surely be beneficial in India which is a victim of 69% bribery rate and was ranked most corrupted nation in Asia in 2017. Loan frauds systematically reach $2 billion every year, resulting in usual increase in interest rates on business loans by up to 20%.

According to investopedia, “A blockchain is a digitized, decentralized, public ledger of all cryptocurrency transactions. Constantly growing as ‘completed’ blocks (the most recent transactions) are recorded and added to it in chronological order, it allows market participants to keep track of digital currency transactions without central record keeping. Each node (a computer connected to the network) gets a copy of the blockchain, which is downloaded automatically.

Originally developed as the accounting method for the virtual currency Bitcoin, blockchains, which use what’s known as distributed ledger technology (DLT) – are appearing in a variety of commercial applications today. Currently, the technology is primarily used to verify transactions, within digital currencies though it is possible to digitize, code and insert practically any document into the blockchain. Doing so creates an indelible record that cannot be changed; furthermore, the record’s authenticity can be verified by the entire community using the blockchain instead of a single centralized authority.” 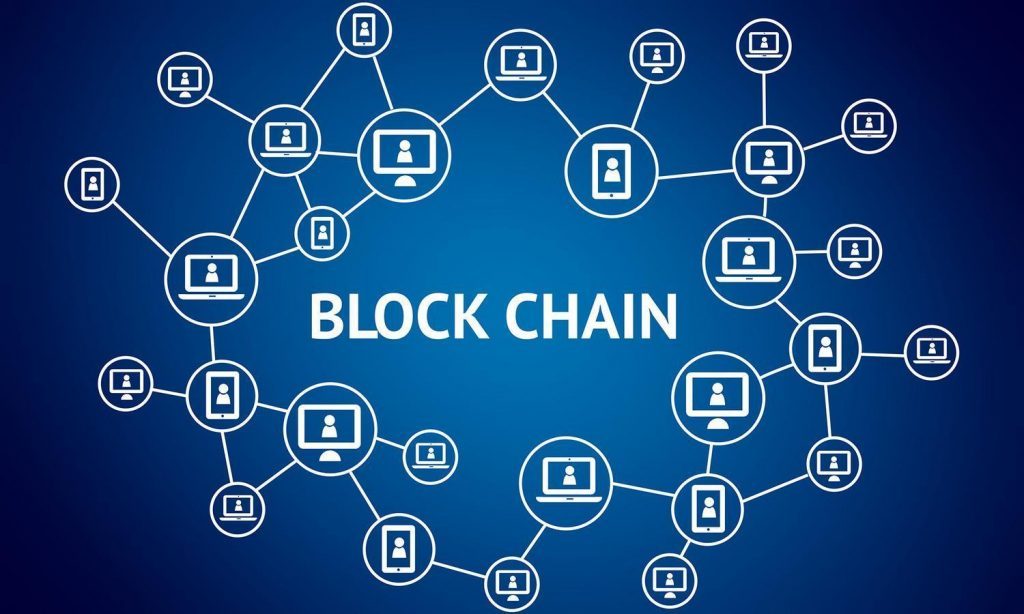 Two years ago, the Andhra Pradesh government launched an ambitious project entitled “FinTech Valley Vizag” which aims at transforming the little town of Visakhapatnam, or Vizag, into a 21st-century FinTech city which will bring together governments, university graduates, corporates, investors, and entrepreneurs. Current Chief Minister of Andhra Pradesh, Chandrababu Naidu is widely credited for transforming Hyderabad into the cyber hub, it is today home to the country’s Google and Facebook headquarters. Hence, many believe that his vision of transforming the coastal city of Vizag is not groundless.

At the end of 2017, FinTech Valley Vizag raised $900 million in investment and provided 5,500 jobs – although the original aim is to create a colossal 500,000 jobs by 2020. As a result, Andhra Pradesh is the first Indian state to embrace blockchain technology. It is being used as a trial in two important projects:

The blockchain is a technology that will protect the digital assets and transactions of the state, thus eliminating corruption from outsiders or people inside the government.

In partnership with private companies, the state of Andhra Pradesh has already safeguarded more than 100,000 land records thanks to Zebi Data, an Indian blockchain startup. ChromaWay, a Swedish blockchain startup is also affiliating with the government to offer land registry solutions.

Blockchain to make the difference

The constructing cybercity Vizag also aims at building the largest source of blockchain use in important areas such as transport, finance and digital security. The government is collaborating with Covalent Fund to set up Velugu Core, the first Indian blockchain stack. With this system, government data could be freely and digitally accessible through open APIs (Application Programming Inferfaces), which developers could use to create apps.

For instance, if someone wishes to purchase a particular property, he/she could retrieve government data via an app built using this stack and get information on all former owners and transaction details. This is just a simple example of how blockchain could crack a national problem. 66% of civil cases are property-related disputes, which drags India’s GDP by 0.5%. Blockchain and other tech facilities will be used to tackle several problems related to banking, financial services and insurance.

Many initiatives are being brought up to create jobs such as offering substantial benefits in terms of money, regulations and infrastructure to appeal those with the best abilities and develop the town’s fintech and blockchain.

To set an example

Vizag’s ongoing course to success in blockchain and fintect is remarkable for many reasons and can be used as a model for other endeavors in India later.

Firstly because it shows a trend of Tier II cities in India willing to take the lead in the technological revolution. Secondly, because the government is concretely promoting modernization. Startups are receiving incentives for collaborating directly with the government and have access to vast resources; which is new because startups usually wander away from the government, due to lengthy sales and payment cycles. Finally, because FinTech Valley’s willingness to use cutting edge technology to promote development is different from the Indian business approach of imitating obsolete business models and taking minimum risks.

However, one should not be made to believe that Vizag’s successs came overnight. In fact, Andhra Pradesh is presently ranked as the best state in India to do business. After reorganizing itself in 2014, the state is being modeled like a startup. And other states are subsequently trying the same approach; likewise, Telangana, Karnataka, Maharashtra and Kerala are looking for extensive support in developing blockchain and similar development models used in Andhra Pradesh to implement transparency to governance.

The last few years have seen a national conscience in moving digital, especially encouraged by current government initiatives such as ‘Digital India.’ Tech innovation is seen as a matter of national interest aimed at transforming the economy of the country. Other projects, such as Startup India intended to cultivate the spirit of entrepreneurship and thinking differently in the youth. These projects, along with a wide range of other measures have improved the technology and business community as a whole. Vizag’s imminent success will surely lead a bigger number of cities and states to bring blockchain all over the market.

Numerous companies have been pulled towards FinTech Valley Vizag since the government’s decision to develop the city into a hub for blockchain technology. Big companies with the likes of Paytm, Thomson Reuters, Visa and others are already implemented in the city. Singaporean company Lattice80, ICICI and Mahindra Finance are willing to launch programmes destined to accelerate the development in the city.

The government also created a society, AP Electronics and IT Agency (APEITA), in a bid to attract more investments in the electronics and information technology sectors. It has been installed to create a self-reliant global fintech system under FinTech Valley initiative.

“We are firm in strengthening the ecosystem to bring more investments into financial technology and create job opportunities with a comprehensive infrastructure,” Mr. Chowdary said.

Visa and the government are collaborating to promote and provide digital payments. Mastercard, the US-based payment company is planning to launch a Centre of Excellence in the city.

An international blockchain conference was carried out on October 9 and 10 last year in the city of Vizag where Chief Minister Chandrababu Naidu publicly declared his intentions of making Vishakhapatnam the capital of the world in the blockchain.