22 internet shutdowns that occurred in India between 2015 to 2016 cost the country’s economy an astonishing $968 million, contributing to a total global cost of $2.4 billion, says Darrell West in a study published by Centre for Technology Innovation, Brookings Institution.

Citing the example of one such instance West says India disrupted Internet services in response to concerns over students cheating on exams. An Indian official said, “considering the sensitive nature of the exam for recruitment of talents, internet service providers have been asked to shut down all internet-based social media services from 9am to 1 pm to prevent the mobile misuse during exams. ”

In many other instances, Regional Indian officials also ordered disruptions in response to public security concerns. 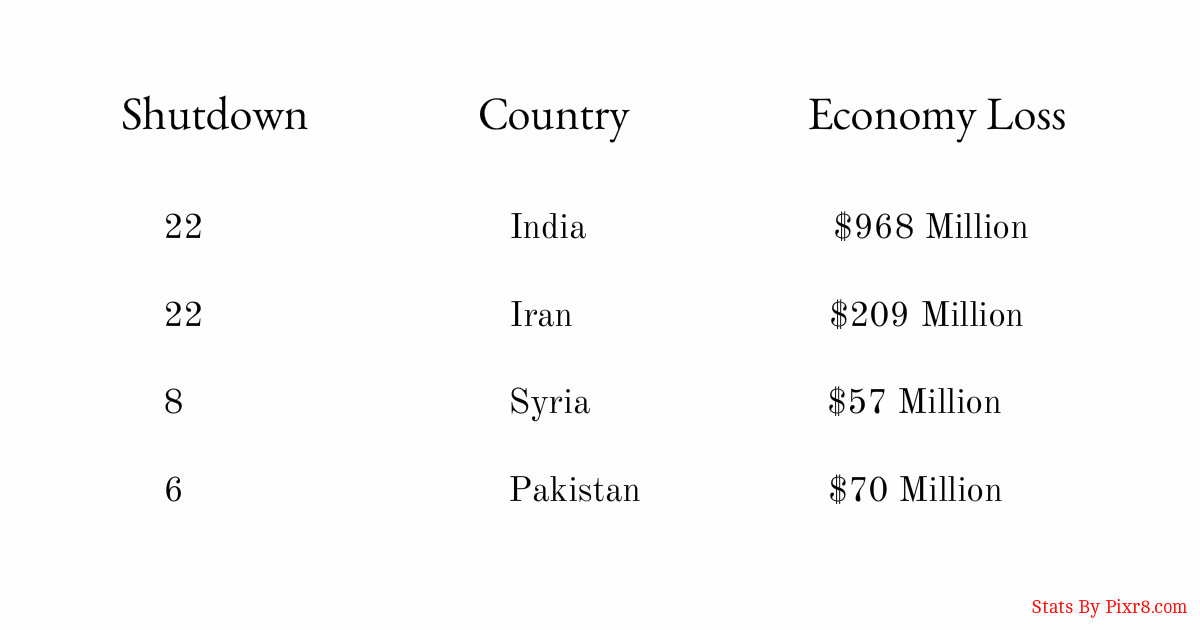 In the study, West has examined 81 short-term shutdowns in 19 countries over the past year and estimated their impact on the economy of each nation.

He argues that if political authorities continue to disrupt internet activity, “it will be difficult for impacted nations to read the full benefits of the digital economy”.

“The growing scope of internet disruptions is creating significant detrimental impacts on economic activity in a number of nations around the world,” he says.

Internet Shutdowns in number of days

Based upon the analysis, West has derived that in the last fiscal year internet blackouts across the 19 countries cost at least $2.4 billion in Gross Domestic Product (GDP) globally.

“As the digital economy expands, it will become even more expensive for nations to shut down the internet,” West, who is also the founding director of Centre for Technology Innovation, writes.

“Without coordinated action by the international community, this damage is likely to accelerate in the future and further weaken global economic development.”

“These are conservative estimates that consider only reductions in economic activity and do not account for tax losses or drops in investor, business, and consumer confidence,” says West.