Xiaomi Corp., China’s smartphone, and appliances maker is planning a major market take over in 2018 after announcing its plan to launch at least six smartphone models in India this year, the opening of 100 exclusive stores, and the release of new product categories in the near future. They are also planning to introduce a new range of televisions.

Xiaomi global vice-president and India head Manu Kumar Jain said in an interview that the company is also looking forward to investing in India’s rapidly growing start-up ecosystem by penning down small and large cheques in the view of acquiring stakes in software and internet start-ups. They are also planning to maximize the number of investments over the coming years, as part of its broader strategy of investing $1 billion in Indian firms.

“Our journey in India has just started. We can achieve a lot more on every front,” said Jain, who saw his national position upgraded to a global role in 2017.

Under Jain’s supervision, Xiaomi crossed the billion-dollar revenue in India alone and is forecasted to cross the $2 billion figure in the near future, although the exact period of this achievement remained confidential.

Although Jain remained elusive concerning the number of start-up investments the company will carry out over the next 12 years, the company’s five-year target leads us to believe that the Chinese firm will try to invest in an average of twelve startups annually for the next 4-5 years. This figure comes after a November interview of Xiaomi founder Lei Jun who vowed to invest a minimum of $1 billion in 100 Indian start-ups over the next five years with the aim of providing an ecosystem of apps based around its smartphone brand.

The company further stated that they are more precisely looking to invest in early to mid-stage start-ups in sectors such as content, FinTech, hyperlocal services, and manufacturing.

Jain stated, “I really hope we can increase the pace (of investments) and invest in a lot more companies,” said Jain.

Before adding, “India is changing drastically. We really believe that India will become hugely digital in the next five years and we want to help promote that. We would want to increase the pace of investments to support these Indian companies. In India, we started with smaller investments… but if there’s a need, we can do bigger ticket sizes.”

Xiaomi is among a number of Chinese investors that are stepping in the Indian economy after Alibaba Group Holding and Tencent Holdings started investing massively in Indian startups.

Xiaomi is the manufacturer of several electronic products, such as scooters, smart cycles, smart water purifiers, televisions, smartphones, etc… but are uncertain about launching all products at once on the Indian market, given its unique nature.

“We have smart coolers, we have smart cycles, smart water purifies, weighing scales, smart cookers, smart shoes, etc… – people keep talking about these products and asking when we will launch them in India. We don’t know at the moment whether those products will do well in India, firstly, and secondly, even if we were to launch them in India, how would we customize them for Indian conditions?” said Jain.

India represents Xiaomi’s second-biggest market after China, especially after tripling its headcount in India in the last twelve months and planning to move at a similar pace over the next twelve months. The company owns 26 exclusive stores in India, and a few hundred more stores as franchise partners. 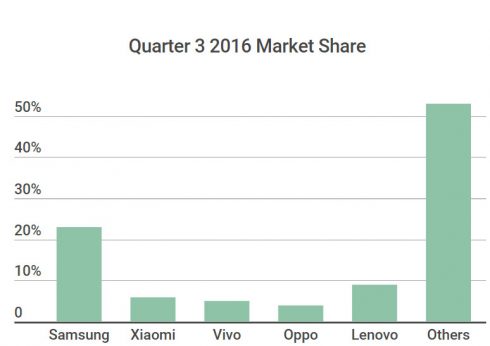 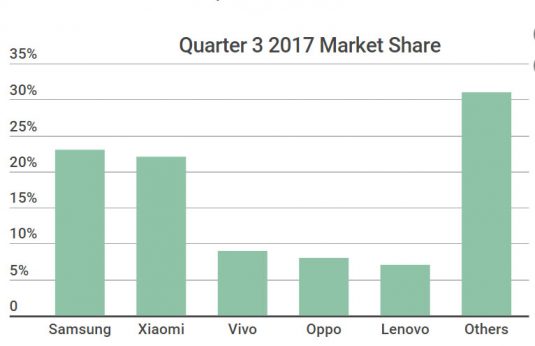 Presently, they are focused on building a name in their non-smartphone products to reduce its dependency on a smartphone. Those products include their brand new range of high-definition televisions, which is just launched in India.

“Our aim is to launch many more product categories in India—we already have 7-8 categories in India. If you look at our product line-up in India right now, we have phones, smart TVs, fitness bands, power banks, smart routers, smart air purifiers, and few other smaller categories like t-shirts and backpacks, and some smaller products like audio players,” said Jain.

Xiaomi ventured in the Indian market back in 2014 and has since tripled their revenues over the past 12 months. Their smartphone line made up a quarter of all smartphone shipments in the December quarter, advancing the firm as the biggest smartphone vendor in India, even ahead of Samsung. Over the last two quarters, Xiaomi also rose to the top smartphone brand in the country.