Snapchat, a widely used image messaging and multimedia mobile application is facing a major re-approval from its users over its redesign. Last week, Snapchat updated its features and changed the whole platform to target its revenue rates. Since then, the users have bombarded Facebook, Instagram, Twitter etc asking Snapchat to reverse the updates.

The result of such fierce reaction from the users is due to the confusion and struggle, they are going through to use their favourite features on the platform. Such updates include the difficulty to see stories that would easily appear by swiping right from the main camera screen earlier.

Now, the whole update have shifted the personal chat area, story section and group chat on the same window, which means if anyone wants to find stories or see any personal snap, everything is moved onto the Friends page. 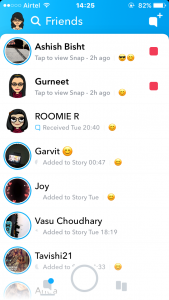 The previous Stories page where stories were updated on real time basis has also changed, it has now become the social section where official stories and media subscriptions pop up.

Now the people whom you interact with the most are the ones whose stories will pop up on the top of the friends page.

Although, Snapchat announced such an update last November terming it as an effort to separate “the social from the media”, users believe that instead of making the platform easy, it has made the application more difficult with users moving to instagram and facebook for the stories of the day.

Many users also threatened the snapchat that if they will not reverse the updates, they will leave the platform. Over 700,000+ users have signed an online petition on Change.org asking Snap to remove the new Snapchat update. However, the change is not going to go reversed anytime soon. Snapchat have also warned the users to stop protesting against the updates, or it will lead to locked accounts.

Don’t believe everything you read on the internet — unofficial workarounds to change the way Snapchat looks are temporary and can result in getting permanently locked out of your account or losing Memories ?

For help with what’s new, go to https://t.co/j7uDxAwOrO

The new discover section that showcases the celebrity selfies, dramatic news and sponsored life hacks is also being criticised heavily. 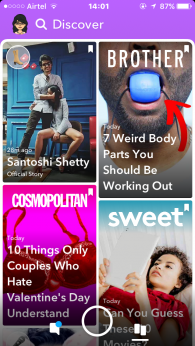 So, if you really love snapchat, I would advice to stick to it and accept the changes, as it is said –

“Change is good, Never get too comfortable.“

5 Data Analytics Trends That Will Define the Decade