Yesterday we published a breaking news stating that billionaire and chief executive of Whatsapp, Jan Koum, was planning to leave the parent company, Facebook.

According to several US media reports, the decision to leave his high position in the ranks of Facebook and its board of directors as well was motivated by disagreements about the company’s future.

Reports suggest that Koum disagreed with the social media giant’s plan to weaken the messaging app’s encryption and strategy to use specific user information to earn money from Whatsapp.

Koum and Acton, who were coworkers at Yahoo, founded Whatsapp in 2009 with the aim to provide private communications for merely 99 cents a year. By 2014, the startup had almost 500 million users therefore catching the attention of Mark Zuckerberg who looked to expand the social network globally and acquired the company. Zuckerberg bought the company for $19 billion, which was very surprising since the company had less than $20 million in revenues at that time. Meanwhile, Facebook made billions from target advertising based on information collected from users. 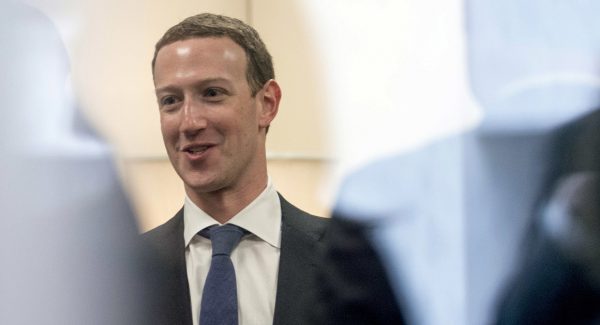 Both founders, who became instant millionaires, promised to preserve the independence and protect user’s data of Whatsapp when they sold the company to Facebook. They showed their willingness to commit to their vow when they installed an encryption system on the messaging app in 2016, which showed its importance when Facebook was caught up in a data scandal that involved over 87 million individuals.

The Values of Whatsapp

The two co-founders were openly against the targeted advertising model used by its parent company. In a Whatsapp blog post in 2012, the pair wrote,

No one wakes up excited to see more advertising; no one goes to sleep thinking about the ads they’ll see tomorrow,” before describing online advertising as “a disruption to aesthetics, an insult to your intelligence, and the interruption of your train of thought.

In fact, both founders are adamant about respecting the privacy of their users. The system used by Whatsapp minimizes the amount of data collected by users significantly when compared to other media networks. Indeed, a subscription to Whatsapp only requires a phone number and that’s it. During the time of acquisition, Koum and Acton said Facebook assured them that Whatsapp would remain an independent entity and would not claim user information.

However, a big question was pending about how the company would make profits, since Facebook decided to provide the service for free. Nevertheless, the founders maintained in a blog post announcing the acquisition,

Whatsapp will remain autonomous and operate independently. And you can still count on absolutely no ads interrupting your communication.

The Cause of Conflict

Merely eighteen months later, the vow to protect user data went to ashes when Facebook pressed Whatsapp to change its terms of service, enabling the social media network access to the Whatsapp users’ phone numbers as well as analytics demonstrating devices and operating system the app was installed on.

The Whatsapp executives agreed on sharing some data with Facebook especially since these would enable them to measure who were those using the messaging service, according to anonymous sources.

Nevertheless, they were against creating specific user profiles from Whatsapp’s data that would pump additional information in a unified platform already filled with user information from platforms Instagram, Facebook and Messenger. The data collected could filter additional features used in ad targeting or Facebook’s data mining.

Acton and Koum had to concede when Facebook pressed forward with the idea of recommending that contacts of Whatsapp users to become friends on Facebook, therefore allowing Facebook to collect more information about relationships between users. The changes also enabled advertisers to feed lists of phone numbers into Facebook’s advertising system, which is called custom audiences, and find new people who can be targeted by ads.

However, conflicts began cropping up when the two companies disagreed about how to generate revenues from Whatsapp. Facebook brushed away the 99 cent annual charge policy and Koum and Acton would not bend against the advertising model. The service is still untouched by ads so far, but Whatsapp began experimenting alternative methods to make money. In January of this year, Facebook rolled out a tool, called WhatsApp Business, allowing businesses to create a profile a send messages to customers on Whatsapp. The founders also disagreed over building a mobile payments system on Whatsapp in India.

The bone of contention however, remained over Whatsapp’s end-to-end encryption which is a security feature meant to distort messages to those the message is not intended to. The technology, Whatsapp claims, can’t even be read by them. Facebook’s approach to generate money from Whatsapp ultimately implies a weakening of that end-to-end encryption technology which goes against the wish of Whatsapp executives.

These disagreements, reports suggest worn down the last remaining Whatsapp founder, Jan Koum, and forced him out of the company.