What started in a dorm room of Harvard University has totally changed the outlook of people all across the world on how they socialize. We are talking about none other than Facebook or “TheFacebook” as it was called back then!

Facebook was founded by Mark Zuckerberg and his college roommate and fellow Harvard University student Eduardo Saverin. Initially the website’s membership was kept limited only to Harvard University students, which soon was expanded to other colleges in Bosto, the Ivy League and gradually to all universities of the US and Canada. By September 2006, it was open for everyone all across the world with a valid email address, aged 13+. 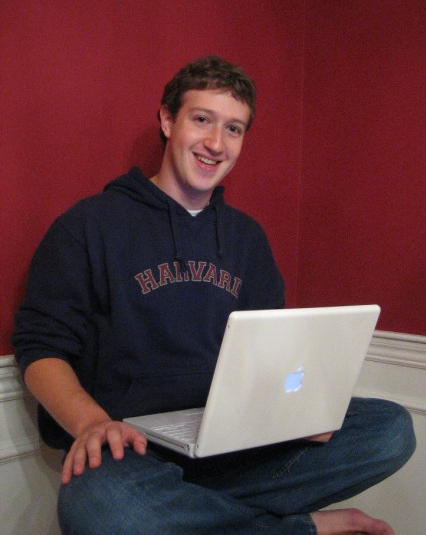 Zuck got the idea of Facebook from his previous website- FaceMash, which he launched while he was in second year. It was basically a voting website for “hot or not” game for Harvard students. The website allowed the visitors to compare two Harvard students and decide whether they were “hot” or not. The website soon spread to several campus group list-servers and grew very popular.

The Harvard administration soon realized this and Mark was charged with breach of security, violating copyrights, and violating individual privacy. Facemash.com later on October 25, 2010 was auctioned to an unknown buyer for $30,201.

In January 2004, Zuckerberg began writing code for a new website, known as “TheFacebook”, with the inspiration coming from an editorial in the Crimson about Facemash, stating that “It is clear that the technology needed to create a centralized Website is readily available … the benefits are many.”

Facebook was incorporated as a Florida LLC and its initial running costs were paid by both co-founders for equal equity in the company. Eduardo was cut out from Facebook and his stakes were diluted in 2012.

Facebook raised its first angel funding of $500,000 by American entrepreneur Peter Thiel, a venture capitalist, for 10.2percent of the company’s stake and joined its board.

The story of how Peter Thiel joined the board of Facebook is rather an interesting one! As per the book The Facebook Effect, a book by David Kirkpatrick and published by Simon & Schuster, former Napster and Plaxo employee Sean Parker, who assumed himself as the “President” of Facebook was seeking investors for Facebook. He approached Reid Hoffma, CEO  of LinkedIn who declined to invest in the social media platform “because of the potential for conflict of interest with his duties as LinkedIn CEO.”

He redirected Parker to Peter Thiel who he knew from the days of PayPal (both are considered as the members of PayPal Mafia). Parker and Mark really got along and Thiel agreed to back Facebook.

The funding was in terms of a convertible note- a kind of short term debt that converts into equity, in conjunction with a future financing. This kind of funding enables the investor to loan money to a startup whose present valuation cannot be determined, but the equity is usually determined during the Series A financing.

In the case of Facebook’s funding, it would have been converted to equity if Facebook had reached 1.5 million users by the end of 2004, which it narrowly missed, but the deal went anyways.

Soon in April 2005, Facebook booked another funding of $12.7 million from Accel Partners, valuing the social media platform at $98 million.

In April, 2006 Facebook secured its Series B round of funding of $27.5 million from a clutch of VC investors that included- Greylock Partners and Meritech Capital. Early investors, Peter Thiel and Accel Partners also contributed to the funding taking the valuation up from $98 million to $500 million.

At this point, Facebook was getting potential acquisition proposals from the likes of Yahoo, Microsoft and Google. While the projected valuations valued the company at $1-2 billion, Facebook internally valued itself at $8 billion based on their projected revenues of $1 billion by 2015.

Facebook raised a funding of $240 million for 1.6 percent stake from Microsoft on October 24, 2007, valuing it at $15 billion. The stocks that Microsoft purchased were “preferred” meaning if Facebook ever get to acquired, Microsoft would be payed before the common stock holders.