The transport of the future is here with the Virgin Hyperloop One announcing on Sunday its plan to build a hyperloop between Pune and Mumbai beginning with an operational demonstration track.

The hyperloop is believed to decrease the present travel time of approximately 3 hours to 25 minutes. The hyperloop route is planned to link central Pune, Navi Mumbai International Airport, and Mumbai. The company is aiming to connect 26 million people with the hyperloop and supporting 150 Mn passenger trips per year.

Why I believe @Virgin @HyperloopOne could have the same impact upon India in the 21st century as trains did in the 20th century https://t.co/IkYbfIs2yi pic.twitter.com/WEuS6VWbzU

The American Company declared the framework agreement for the development of the route by Virgin Group Founder and Virgin Hyperloop One Chairman Sir Richard Branson in the presence of Prime Minister Narendra Modi and the Chief Minister of Maharashtra Devendra Fadnavis. The significant event also involved the presence of Virgin Hyperloop One board members and key investors Sultan Ahmed bin Sulayem, CEO and Group Chairman of DP World, and Ziyavudin Magomedov, Chairman of Summa Group.

“I believe Virgin Hyperloop One could have the same impact upon India in the 21st century as trains did in the 20th century. The Pune–Mumbai route is an ideal first corridor as part of a national hyperloop network that could dramatically reduce travel times between India’s major cities to as little as two hours. Virgin Hyperloop One can help India become a global transportation pioneer and forge a new world-changing industry.”

The transportation project is expected to result in USD $55 billion (INR 350,000 crores) in socio-economic benefits like time savings, emissions and accident reduction, operational cost savings, etc over 30 years of operation, suggests a pre study done by Virgin Hyperloop One. 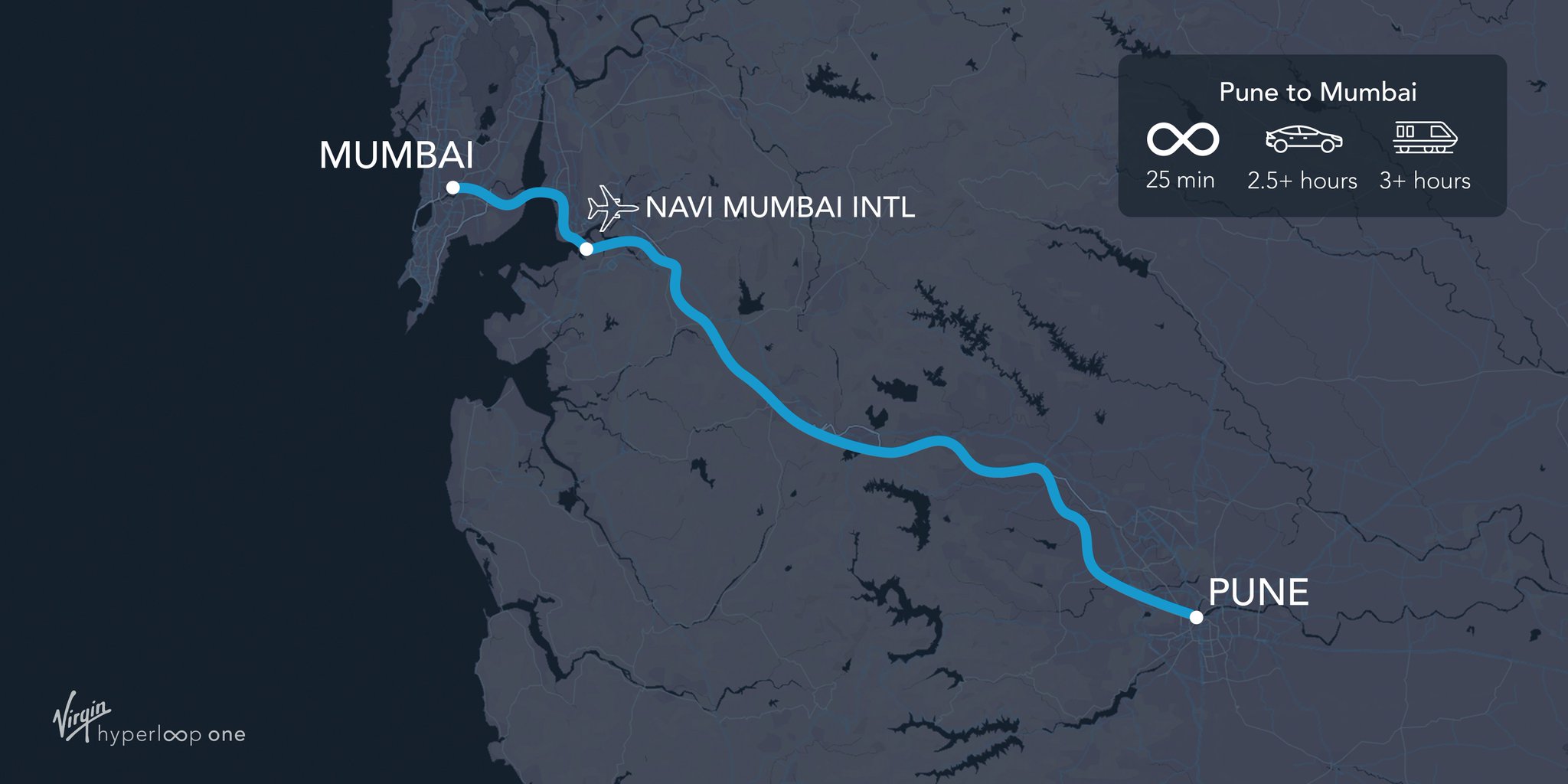 The electric and efficient hyperloop is focusing to ease severe expressway traffic and reducing greenhouse gas emissions by up to 150,000 tons annually. The project is expected to create thousands of job opportunities for manufacturing, construction and IT sectors.

“With Virgin Hyperloop One, we an create a sustainable infrastructure that will enhance the State of Maharashtra’s competitiveness and attract new investment and businesses. The Pune–Mumbai hyperloop route will be an economic catalyst for the region and create tens of thousands of jobs for India’s world-class manufacturing, construction, service, and IT sectors and aligns with Make in India initiatives.” said Chief Minister Devendra Fadnavis. 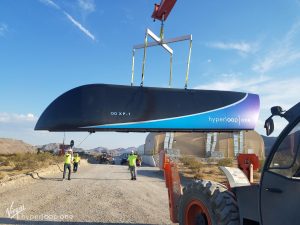 The Virgin hyperloop will have a capability of going at an average speed of 350 km per hour, which further can be stretched to 600-1000 km per hour with future development in infrastructure. The project is anticipated to start with a six month in-depth practicability study which will examine and define the route alignment including environmental impact, the economic and commercial aspects of the route, the regulatory framework, and cost and funding model recommendations. The study will take help of the findings of the pre-feasibility study signed in November 2017 between the Pune Metropolitan Regional Development Authority and Virgin Hyperloop One.

The company also ensures that virgin hyperloop will be offered at a minimal price that a normal citizen can also afford, thus not favouring the wealthy class. “Price point will be at level of any other alternative mode of transportation. This has a potential to change the economic status of this state, you could employed in Pune and live in Mumbai or vice versa” said Branson.

The investment which is expected to involve billions of dollars, has added benefits for the Maharashtra state. It will also decrease the number of travels between Pune and Mumbai annually.

The first commercial networks are expected to start rolling out by 2022.

Although the Pune-Mumbai hyperloop is one of the several transportation projects planned across India. The country’s first hyperloop is expected to come up between Amravati and Vijaywada in Andhra Pradesh.