Globally IT product development & Outsourcing business is worth more than $1 trillion. In a world which is turning more and more digital, when everyone is spending more time online and on smart devices, this market is growing only. Usage of emerging technologies is also rising fast and this is why mid and small tier companies have better chances than big service providers.

This is where India based BizBrolly Solutions is focusing with the right technology and right people.

We met BizBrolly team at an event and find out how this one-stop solution for all next-gen web, mobile and cloud software engineering platform working with their partners across the globe.

They also offer solutions such as the development of IOT Apps, CRM on-the-go, Games and next-gen mobile & Web products.

The USP of BizBrolly is simple to Get IT Right, Get IT Fast. The company claims to be 60% more cost-effective than its competitors.

“I started BizBrolly with the concept that companies coming to us will consider BizBrolly as an extension of their own team rather than a separate entity. We really take pride in executing others’ ideas.” Arun Mishra, CEO of the company, told Pixr8 News in an exclusive interview. 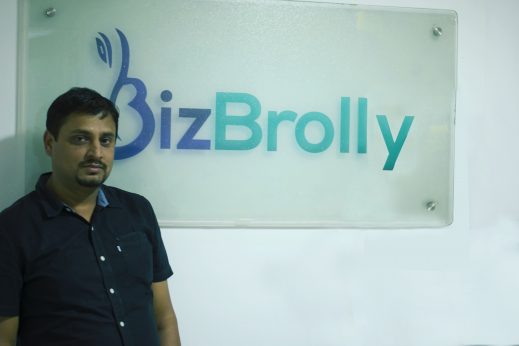 Arun bootstrapped and launched BizBrolly Solutions in late 2014. Before founding BizBrolly, he has worked with companies like NIIT Technologies, GlobalLogic, Sabre, Blackstone, and iYogi.

Since inception, BizBrolly was able to provide premium products and services that facilitated them cementing a place in international markets such as USA, Europe, Australia and Asia with partners who have put their full trust in the company.

In just 3 years, BizBrolly collaborated with more than 100 clients, including early staged startups and established businesses alike, in developing their software solutions ranging from strategy, design, engineering and lifecycle management tailored to meet the specific business needs of their clients.

“In this short span of time, we have worked with incredible companies and individuals from all over the world, from America to Europe, Australia to Africa”, said Mr. Arun.

BizBrolly breaks down the usual approach of dealing with clients by avoiding technical jargons and putting their customers directly in contact with those responsible of delivering the product. The firm also makes use of state-of-the-art management tools ensuring timeline and quality.

“Companies initially came to us because of cost-effectiveness but now we are favoured mainly because of our speed of execution and quality as we are able to deliver critical applications in less time thanks to our unique approach to engage partners in every stage. We ensure to incorporate the personality and thought of every client in his product, ” Mishra further told us.

“We are providing design help to top firms here in India and oversees for their marketing needs,” Arun claims.

Building and sustaining the culture in a startup while competing against other established service providers is a real challenge but BizBrolly has done a great job in maintaining enviable workplace culture. They have a right mixture of experience and young engineers and 30% of the current workforce of BizBrolly is female. 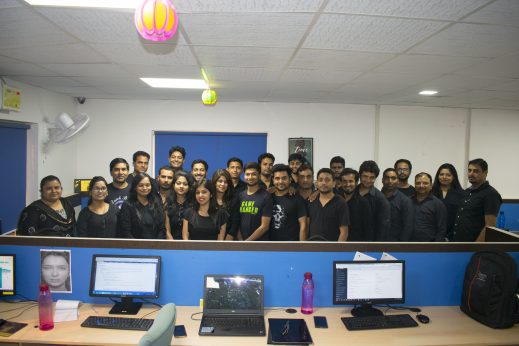 Everyone is valued and everyone’s performance is nurtured here; To inculcate creativity and innovation in their work, we encourage everyone to take planned and calculated risks in their everyday task, said Mishra.

Journey and Road Ahead

Currently, BizBrolly has an office in Noida and is planning to set up an office in the US this financial year. It employs 40+ people, mostly working on IOT and next-generation Apps. It has worked with companies like Havells, ICICI Prudential, vGuard, and adda52.com, to name a few.

BizBrolly’s large portion of revenue comes from international markets such as the US & Europe. The company is scaling up its offerings with innovative Enterprise solutions, IOT Cloud and Apps, and Games. The company is planning to set up an office in US and UK. Also, in addition to signing up new customers, the main goal of BizBrolly is to grow its recurring revenue from existing customers.

“We are also in discussions with some prominent VCs to explore capital raising to accelerate our sales expansions in global markets and strengthen our delivery,” says Arun.

With sharp focus on disruptive technologies, tremendous good-will among their users, BizBrolly is positioned to take the next leap in growth and establish their brand further in the technology service and offshore product development space.