The company has successfully superseeded Accenture’s market cap which was at USD 98 billion. TCS’s market cap now stands at the zenith and exceeds more than that of all other IT companies together.

The upsurge in IT major’s script fortune has come just after it recorded a rise of 4.5 percent in Q4 profit. 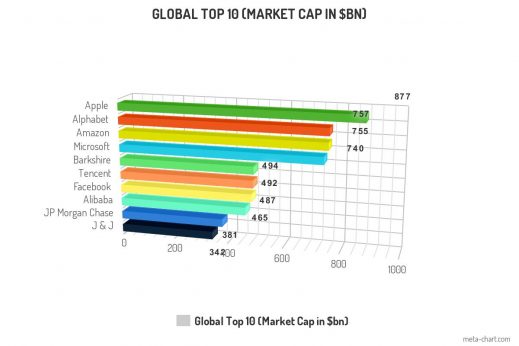 Further, the company had announced a 1:1 bonus for its shareholders. This is the third time when TCS has its share offering by the company since its listing in 2004. Earlier, TCs had allocated 1:1 bonus shares in 2006 and 2009.

The company had also paid a dividend of Rs. 29 per share. The market analyst believes that this bonus offer is a tax-efficient way that rewards shareholders, as the Supreme Court Order has implied higher tax implications for the first half of bonus shares while the second half of the lot is tax-free.

Datto Raises $594 Million in its IPO

Rocket Internet to delist itself from stock market