Country’s largest IT firm, Tata Consultancy Services March Quarter(Q4) earnings reported a stellar performance on Thursday beating all expectations that analysts had estimated both on revenue and profitability.

This double-digit growth quarter has come after the backdrop of 13 straight quarters of underperformance and the board members of Mumbai based company immediately rewarded shareholders with one on one bonus issue establishing the final dividend of Rs. 29 per share.

The Mumbai based IT giant has posted a consolidated profit at Rs. 6,904 crores for Q4 quarter registering a 5.7 percent growth as compared to 4.5 percent (Rs. 6531 crores for the previous quarter) in the previous year. 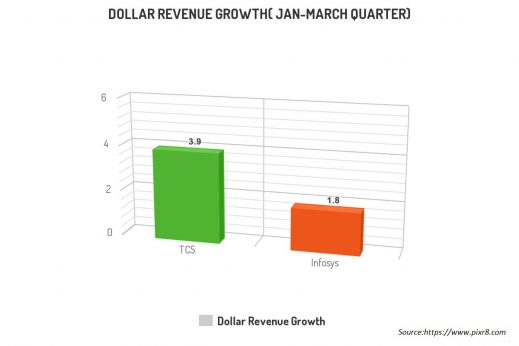 I feel elated to talk about a strong set of Q4 earnings our company has witnessed that has taken us back to a double-digit trajectory. It is surely going to be a turnaround year for TCS.

The company has added $1.51 billion in incremental revenue in 2017-2018 which is just double of $731 million reported by second largest IT outsourcing firm, Infosys. Though TCS’s profitability margin had considerably declined, it still had shown confidence in retaining back its aspirational profitability range of more than 25% for the current year.

Company’s dollar revenue to has seen an improvement by 3.9% accounting to $4.97 billion in the quarter that ended March 31.

Datto Raises $594 Million in its IPO

Rocket Internet to delist itself from stock market