Founded in 2014 by serial entrepreneur Sandeep Aggarwal, Droom, a mobile marketplace to buy and sell new & used automobiles, has raised Rs 100 crore from Lightbox Ventures and Japanese internet firm Beenos. Droom will use the fresh funds raised to expand its operations within the country and overseas. The company plans to expand into Southeast Asia by early 2016. 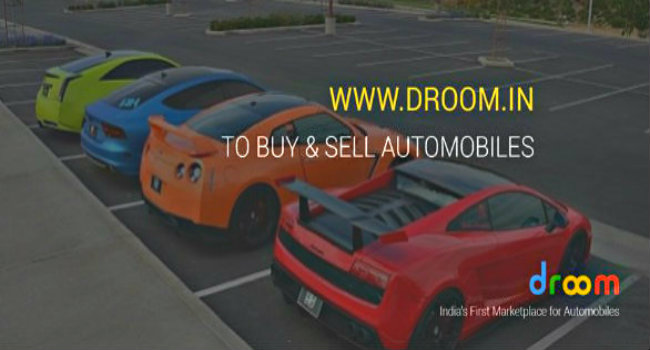 Droom has a team of 50+ in its offices in Gurgaon (India) and Silicon Valley (USA). Droom, currently operates in 13 automobile categories including auto services with 1,000 sellers and 6,000 listings, plans to add 20 automobile and 12 service categories, hosting over 50,000 sellers and 200,000 listings in the next 18-24 months. The startup has recorded 3,000 transaction so far.

Sandeep Aggarwal is also the brain behind online marketplace ShopClues and he had earlier pleaded guilty to an insider trading charge in his previous job as an analyst at Collins Stewart in the US, 20 month later he made a come back in India and launched his second venture Droom.

Aggarwal makes money through a 1.5 per cent transaction fee on each sale on Droom. The site also has premium subscription which offers buyers and sellers add-on services. It offers services to both retail customers and enterprise segment with a wide selection of both new and used vehicles, ranging from cycles to trucks. Few days back, Sandeep had even invested an undisclosed amount of funding in Shopsity, a startup founded by Yebhi.com founder Danish Ahmed.