JSW Group announced an additional investment not exceeding $500 million on its steel pipes and plates factory in Texas, which will allow them to make full use of the 1 million ton installed facility they acquired in 2007 instead of obtaining raw steel from Latin America and India.

The group acquired the facility from then bankrupt company Baytown steel asset for the sum of $810 million. Since then they have only been using approximately 30 per cent of the facility.

Since acquiring the location, JSW invested almost $220 million in working capital and suffered a loss of $170 million, contributing to a total exposure to the facility to $1.2 billion, according to a statement released by JSW Group chairman Sajjan Jindal. He also added that the facility has helped the company turn cash profits of $180 million last year and sounded very positive about using it to full capacity by 2020.

The JSW Texan facility will see a $500Mn investment

Speaking during the signing of the investment pact, Texas governor Gregory Abbott shared with journalists present,

“The Jindals investment will go into backward integration and also to create the first melt and manufacture contiguous plate and pipes facility in Texas.”

The factory will aim to serve the second largest American state, Texas, which is also known for being rich in oil and gas and is the country’s largest exporter, the Texas Governor added.

He further pointed out that this investment will create an additional 500 new jobs to the already 350 personnel of the company.

Parth Jindal, son of Sajjan Jindal, shared that instead of sourcing steel from Brazil, Mexico and India as they do currently, the company will begin extracting raw steel in Texas or US itself once the new plant is commissioned.

“From India alone, we have been importing 1.5 lakh tonne of raw steel plates. This will come to an end by October 2020 when the second phase of expansion is complete. The first phase will be over by March 2019,” Parth Jindal said.

His father said the factory will receive $3.4 million once the investment is completed from the Texas Enterprise fund although it will only go through under approval from the environment protection agency. 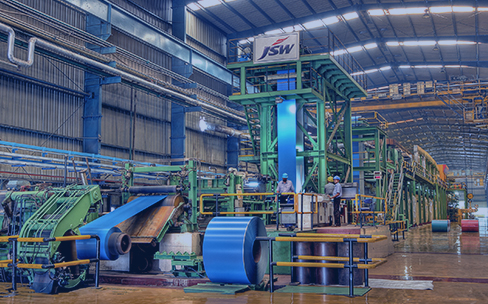 The plant will be built at Baytown in Texas, 30 miles away from Houston, according to Sajjan Jindal. His son announced that JSW Steel USA Inc will be renamed JSW USA.

Junior Jindal was questioned by the press whether the investment was timed in such a way to evade the new steel imports duties imposed by Donald Trump last week, to which the former dodged by stating,

“This investment is part of our long-term strategy to enhance our US footprint. It reiterates our commitment to stay invested and grow in the US market. It also provides us with an opportunity to participate in America’s infrastructure development and job creation process.”

He added that the company changed strategy due to the availability of natural gas at a very low price and the ample amount of scrap steel in Texas as well. He further pointed out that the negotiations began 18 months earlier but was overdue because of very low crude prices.

“Since the prices have recovered to reasonable levels now, we thought of speeding up our plans. The Texan oil and gas industry needs 8-mt of steel pipes and plates annually of which almost 25 per cent are met through imports. This market is what we are trying to capture.

“Since the crude prices have moved up there is lot of replacement demand for pipes and plates now in the oil sector,” Parth Jindal said.

Texas Governor Abbott for his part shared about the investment, “This will not only expand the steel mill in Baytown, but will also construct a facility that will use melt-and-manufacture technology thereby enabling the company to supply steel for defense and domestic infrastructure projects.

“This investment will strengthen our overall partnership and generate more economic activity in Texas, creating up to 500 new jobs as well as provide high-quality steel products to the US,”

the Governor further pointed out.

While a $150 million investment is currently going on at the Baytown facility to boost its abilities and is scheduled to complete by March 2020. Additionally, JSW is looking to invest $350 million in setting up a new hot-end facility designed to melt and manufacture steel. The plant is among Texas’ largest steel plates and pipes mills and provides energy, petrochemicals, defense and other heavy industries. 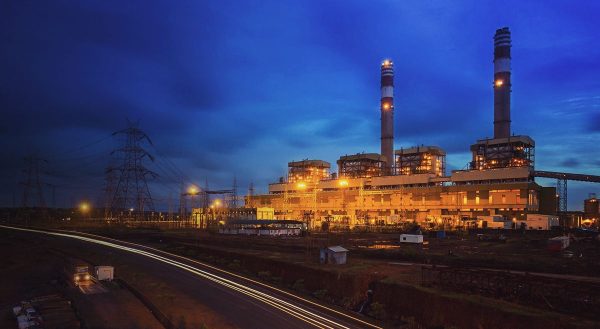 JSW Group is one of the leading conglomerates in India, and provides services and products in several sectors of the Indian economy and boasting a workforce of over 40,000 individuals. It specializes in sectors such as steel, energy, infrastructure, cement and ventures.

Founded in 1982, it became India’s first manufacturer of value-added and high-end steels with plants in Karnataka, Tamil Nadu, Maharashtra, etc… producing a mammoth capacity of 18 million tons per annum (MTPA). They are projecting taking that amount to 40 MTPA, which will be done by opening new plants and expanding the existing ones. Internationally, along from the plate and pipe mill they possess in US, they also own mining assets in America, Chile and Mozambique.

Their steel have been utilized in several impressive projects such as the Yamuna Expressway, Mumbai’s Monorail, Chennai Metro, Mumbai International Airport, and many more.

In the year 2016-17, JSW registered their highest annual performance in India with 15.8 MnT (Million Tons) of crude steel production, which represents a 26% growth from the previous annual report. They also recorded INR 60,536 crores of revenue from operations that represents a growth of 32%.