WeWork, the famous co-working space provider was founded in 2010 when it opened two offices in New York. The purpose of the company was to provide workspaces to companies and people where they could expand together. They are also reknown for giving their locations a design face-lift and providing their client-base with dynamic environments that is meant to boost creativity, focus and facilitate connections. Their aim when they opened their first office was to humanize work by making CEOs help each other grow their respective businesses, and provide offices as comfortable as the employees’ home. 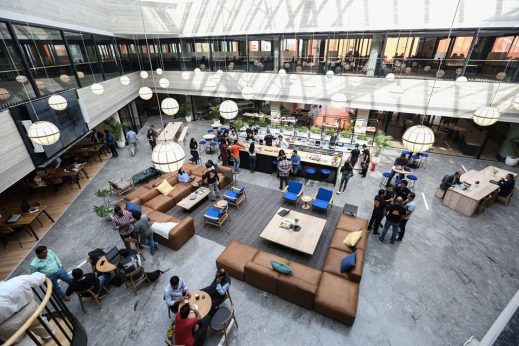 Eight years since its inception, the company is now present in 56 cities and 18 different countries. Indeed, the company grew very quickly. They opened two locations in 2010 and doubled that amount in 2011. By the time 2014 arrived, they already possessed around 23 spaces in eight cities. They expanded hugely in the last 3 years by opening 55 locations in 2015, 111 locations in 2016 and 178 locations in 2017 (up to November 2017). The most recent cities they stepped in include Beijing, Mumbai and Haifa in Israel.

Their rapid expansion comes also thanks to the huge amount of funding they raised over their years of activity. In almost 8 years of activity, the firm has raised over $9 billion in funding series as its operations grabbed the attention and interest of several investors. The most recent funding they raised came in August 2017 when it received an astronomical $4.4 Billion from Japanese giant SoftBank whose CEO, Masayoshi Son, advised WeWork founder Adam Neumann to grow his company “10 times bigger than your original plan”. 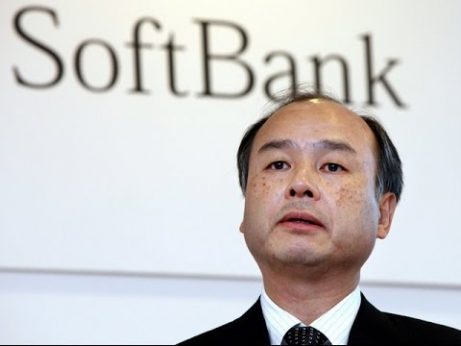 And the company did so by going on an acquisition extravaganza, clocking 6 acquisitions in 8 months which averages to around one acquisition every one and a half months. While the occurrence of acquisitions is quite surprising, the most astounding element of this rapid pace of acquisitions is that some of the deals concern companies that operate out of WeWork’s business sector of renting out work space. Some ranged from education tech to apps for construction workers. Prior to the SoftBank $4.4 Bn funding, WeWork had also acquired two companies in March 2016 and August 2015.

Here is a list of their shopping spree since June 2017. 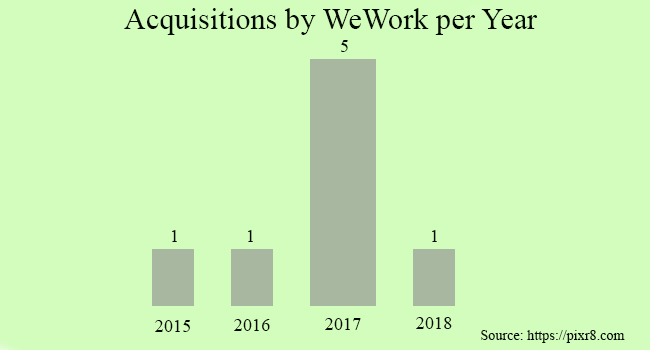 While the acquisition of Spacemob might still make sense for the multi-billion dollar company, its investment in Flatiron School and Meetup did raise some concerned eyebrows. However, it looks like WeWork is trying to perform a vertical integration through these acquisitions. Vertical integration is the wish of a company to obtain its very own supply chain because it secures the supplies needed by the firm in producing its own product and the market needed to sell its product. While experts do assert that vertical integration is mandatory for survival, others argue that excessive vertical integration can cause corporate failure, even to big companies.

Upon critics of the Conductor acquisition, CEO of Conductor, Seth Besmertnik released a statement justifying the acquisition of its company by WeWork.

“Why would a co-working giant buy a company that’s best known for search engine optimization? We’re going to be building a marketing cloud to go after the enterprise market.”

However, while it is strange that a co-working company is moving into the production of software services, it is also strange that WeWork received a $4.4 Bn investment from SoftBank and consequently boast a valuation of $20 billion, however big the company is. On the other hand, unlike other startups, WeWork is valued based on its potential in growing the company even further while other companies are valued according to their current revenues.

Experts such as Kathleen Smith – principal at Renaissance Capital described the acquisition splurge for a company trying to sustain its revenue and quickly scale as common. “It’s trying to acquire operations that will enhance their infrastructure and get more use out of it. I think this is an effort to build a more substantial company that can get to the point of going public,” she said.

Indeed, WeWork CEO and cofounder Adam Neumann did share that the company was generating over $1 billion of revenues annually and confirmed its plans of going public.

In conclusion, we can state that while no startup an assured thing, even those as highly capitalized as WeWork. New companies with big ambitions are always taking risks when investing, but the risks might pay off in the end. It is all in WeWork’s hands to prove the whole world that its M&A strategy will bring the company forward rather than backward.