President of United States Donald Trump has seen a significant drop on Forbes list of the wealthiest people in the world. The business mogul plummeted down more than 200 places in the famous magazine’s list after losing around $400 million in his net worth since last year. He is currently ranked 766th while he stood at the 544th place in last year’s standings.

Moreover, President Donald Trump lost a billion US dollars in net worth in 2017. Trump Tower, the President’s New York home, lost around $41 million in value in 2017. He is also losing a longtime renter on his 65,000 square-foot property on 6 East 57th Street. as tenants, Nike are moving elsewhere. Trump had to credit $25 million in settling charges against allegations that Trump University’s real estate courses cheated students. Donald Trump’s various golf courses have had mixed revenues since he stepped in the White House. Forbes reported the golf courses situated in the states he won have had more revenues while those won by Hilary Clinton has seen a decline.

The estimates of his net worth are well below President Trump’s statements during the 2015 election campaign that he possessed more than ten billion dollars.

His fortune comes from several buildings he owns in New York, golf courses and a winery. He also amassed wealth by licensing his name with several companies around the world.

Part of his fortune is inherited from his father Fred, who became rich by developing low-cost houses in Brooklyn and Queens, New York. 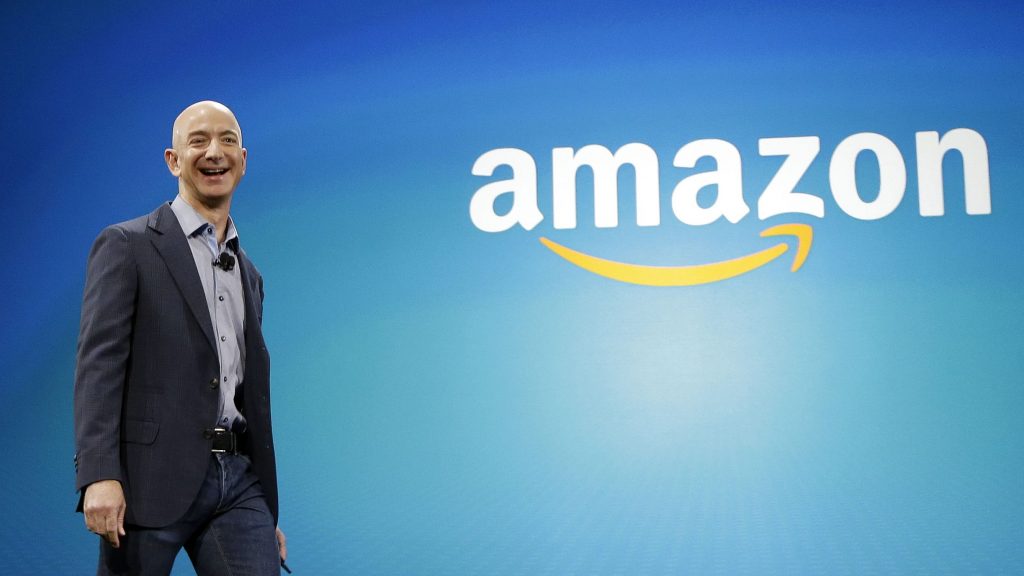 Amazon CEO Jeff Bezos, the richest man in the world

Meanwhile, Jeff Bezos, founder of online e-commerce Amazon, was ranked first on the Forbes list with a fortune of $112 billion. Bezos’ fortune, which he mostly got from his shares in Amazon, increased by $39.2bn over the last year which is the biggest ever gain in a single year.

Bill Gates, founder of Microsoft followed at the 2nd place while Warren Buffet, 87 and CEO of Berkshire Hathaway came in third with $84 million. Bernard Arnault, boss of luxury goods firm LVMH is the richest non-American person in the world ranked 4th in this year’s edition of Forbes billionaires list. Mark Zuckerberg, founder of Facebook ranked 5th.

China had the newest billionaires this year with 89 of them making their first entry in the list. Asia’s richest person Ma Huateng, CEO of Chinese internet giant Tencent was ranked 17th while Alibaba founder Jack Ma was ranked in the top 20. In total, China boasted 373 billionaires in the list this year coming only second in the category of countries with most billionaires as America grabbed the first place with 585 entrants.

Alice Walton, the American heiress of Walmart is the highest ranked woman in the list at number 16.

Forbes Magazine also counted that there are now 2,208 billionaires in the world right now, which is a record and their combined net worth amounts to $9.1 trillion, an improvement of 18 percent from last year.

More than 20 million US Jobs vanish in April