[dropcap]A[/dropcap]pple has today launched a user-to-user payments system ,which is at the beta stage now, where users can send payments to each other on iMessage.

The program launched today will be available on iOS 11.2 beta 2, and users can opt in the iOS public beta program if they wish to test the feature and provide feedback. Once updated, an Apple Pay button will be available in the apps section of iMessaage that will allow the initiation of the payment. 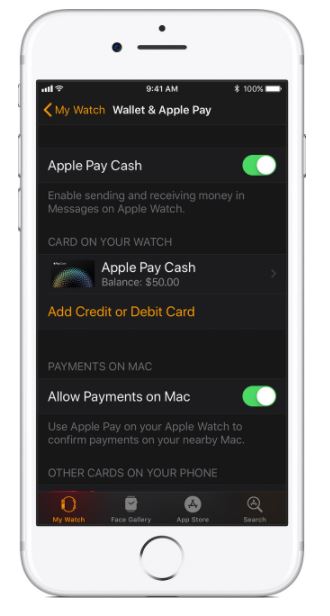 Although, this program is only available for US users running iOS 11.2 or later. Any transaction that will be carried out will charge the user’s Debit/credit card with no additional fee charged by Apple, other than ‘industry standard’ fee.

The first time someone is sending you the money, you will be asked to opt in to issue a new virtual Apple Pay Cash. However, the virtual card only works to send money or pay for things via Apple Pay.

You’re also able to send money directly from the Contacts app, by choosing the ‘$’ icon below any person’s name. Alternatively, you can ask Siri to send or request some cash.