Facebook-owned instant messaging platform WhatsApp has recently shared details about its business accounts that will be able to communicate with the two billion-odd users on its platform – marking the first real attempt of the company to monetise its service.

It was reported that WhatsApp verified business profiles were reportedly being tested on the Windows Phone beta app, and now the company has come forward and announced how the feature will work on the Android beta version.

In its recent post, Whatsapp said that if you see a green badge with white tick mark next to a contact’s name, you can be assured that it has been verified by the company as a business profile.

Below is the post that whatsapp shared in its FAQ section. 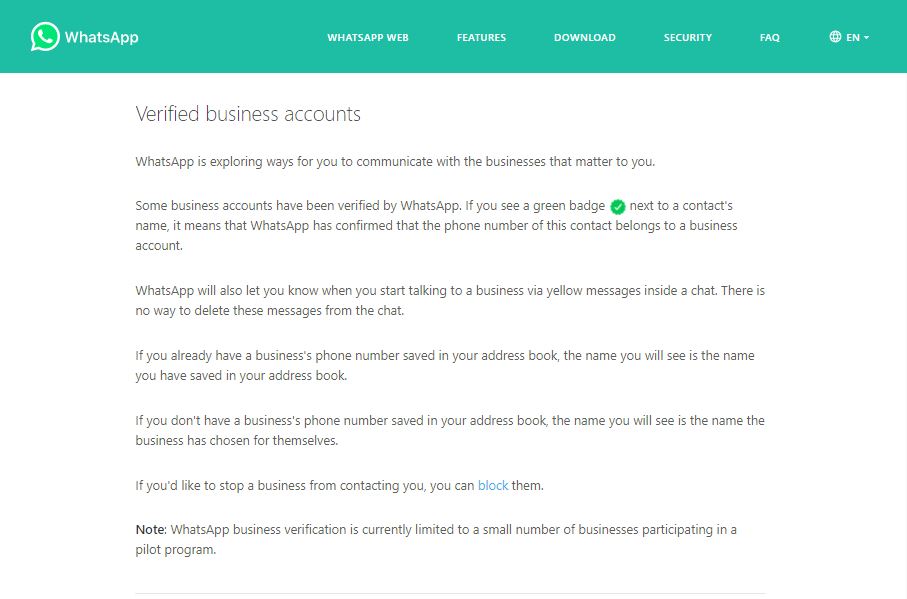 6 Differentiators to Help Your Startup Win the Race

While the details on how the feature will work for businesses are not being provided by WhatsApp, in the past CEO Jan Koum has outlined that tapping businesses rather than users will be the primary method in which the company will monetise its services. This move, however he said would allow the company to stay away from spams.

WhatsApp has been working on such tools for the past two years now, but recent reports of the company beefing up its team which will interact with businesses indicated that its launch is just a mile away. The company post however did not divulge any details on when the service would make it to non-beta versions of the app and in which geographies would it be rolled out first.