India’s leading e-commerce company, Flipkart has come with a big announcement on Tuesday. It had already hinted a mega device launch in partnership with a mobile company a few days back. Today, it announced an exclusive partnership with Taiwanese smartphone manufacturer, Asus.

In the big announcement that took place Tuesday afternoon, Flipkart informed about its future plans for selling smartphones in India. After the partnership, the e-commerce giant is ready to launch Asus products in India, starting with Zenfone Max Pro which is scheduled to launch on 23 April.

This live stream is going to unveil something BIG – a huge partnership that is all set to transform the mobile phone industry , was said in livestream at 12:14 pm today.

Asus had launched Zenfone Max Pro in August last year along with other five smartphones from its Zenfone 4 series.

The phone comes with a 5.5 inch IPS display layered with a 2.5 D curved glass. It has Qualcomm Snapdragon 430 processor paired with 505 GPU Adreno graphics. It has a 32 GB expandable storage powered with 3 GB of RAM.

The phone supports a dual camera configuration with a combination of 16-megapixel and 5-megapixel sensors. In addition, there is a 16 megapixel camera in the front. It has a 5,000 mAH battery, Android 7.0 Nougat coupled with ZenUI on top. 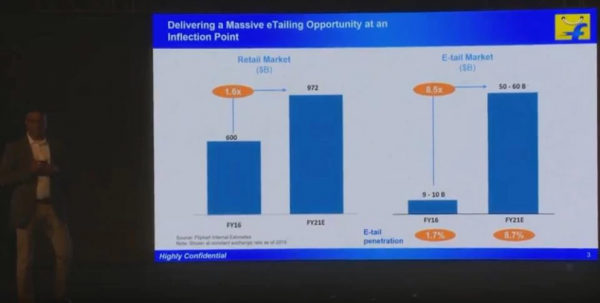