The popular technology company, Apple Inc. released its new software update, iOS 11.4 that has come up with a few new features, which may interest the Apple users. The latest update will bring features such as AirPlay 2 and iMessages in iCloud among others.

Stating in detail, apart from a couple of performance advancements and bug fixes, iOS 11.4 update focuses on:

Update 1 – AirPlay 2 : This update will help us control the compatible home audio system and speakers, which are based on the new AirPlay protocol, throughout our home location that is one can play a song everywhere or transfer music from one room to another using an Apple device or with the help of Siri. This will allow two HomePod speakers to work together as a stereo pair. Along with this, the interesting part is that this feature will not interrupt music playback while playing games or attending a call on your iPhone or Pad. 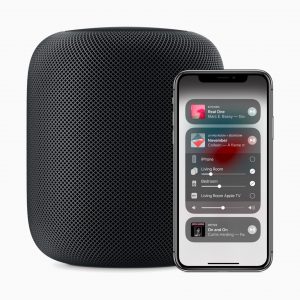 Update 2 – iMessage in iCloud: Through this update, the Apple users can store their iMessages on iCloud. This means that people will now be able to access their entire iMessage history when they set up a new Apple device using the same iMessage account, and, when one deletes an iMessage from one device, that changes sync to all their devices. This update will especially be helpful for those people who tend to save their conversations but lack storage. For security purpose, the messages will also be end-to-end encrypted which implies that no one other than the device owner can access or read the data. 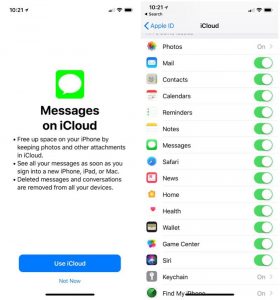 In this context, the company stated, “This software update introduces the most advanced, wireless multi-room audio system using AirPlay 2 to play music in any room from any room, move music from one room to another or play the same song everywhere using an iOS device, HomePod, Apple TV or by asking Siri.”

1. Fixes the ‘Black Dot’ bug that caused Messages app to crash the device when it received a threatening black dot message.

2. Solves the problem of an app appearing in the wrong location on the Home screen.

3. Allows the teachers to carry out reading activities with their students in iBooks with the help of Schoolwork app.

4. The Apple users can now play audios and music without any distortions that happened earlier while playing music from iPhone over Bluetooth or when connected to USB on some vehicles.

5. Fixes an issue that could prevent logging in or access files on Google Drive, Google Docs and Gmail in Safari.

The iOS 11.4 update is expected to be one of the last and final updates for the iOS 11 operating system, which will further be followed by the iOS 12 update. All the Apple users can now look forward to updating their software from today.