Corporate rivalries are a big part of an economy. They are quite prevalent all over the world in every possible sector. However, in India, it is mostly kept restricted to the boardrooms. In most of the developed economies, the rivals fight fiercely in open and create an amusing sight for the public.

An example of this rivalry can be seen recently between Tata group vs Cyrus Mistry where both parties alleges each other openly, or Unilever’s Pepsodent claiming to be better than Colgate. These fights play a vital role in building up the excitement of the people.

Here, we have some of the biggest and most harsh corporate rivalries in India: 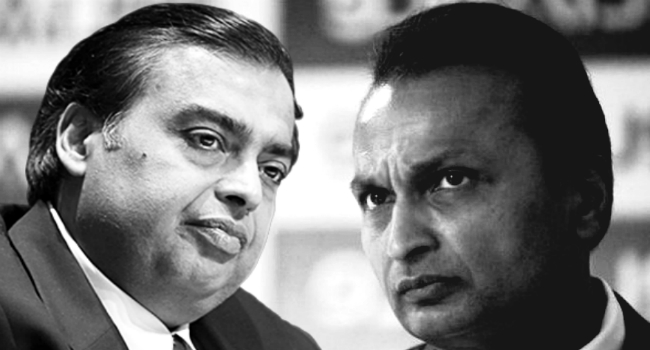 The most interesting and the fiercest corporate fight that India has ever witnessed is probably the one between Ambani brothers, who belong to the richest corporate family in the country.

The Ambani business was initially led by Dhirubhai Ambani but when the next generation took charge, both the sons parted ways. Mukesh Ambani and Anil Ambani split their businesses between them after their father Dhirubhai Ambani died. There was a lot of disharmony between the two brothers since the split, and gradually the conflict acquired new heights when the two brothers went to the court over a dispute. This somewhat sums up the split of the billionaire siblings in 2006.

As part of the settlement, Mukesh Ambani got the oil refining, exploration and petrochemicals businesses housed under RIL, the owner of the world’s largest refinery in Jamnagar, Gujarat. On the other hand, the faster-emerging financial services, infrastructure and telecom businesses went to the younger brother, Anil Ambani.

Few months after the court case, the two brothers announced that they have abolished all existing non-compete agreements, allowing either group to enter segments that had earlier been reserved for one of them. Mukesh Ambani now also has a huge retail business and a data-driven wireless carrier that has given birth to a tariff war across the telecom space in the country. However, the businesses of Anil Ambani’s haven’t progressed that well as compared to his elder brother.

In 2013, the Ambani brothers partnered for a telecom deal. The Rs 1,200-crore worth deal let Mukesh Ambani use his younger brother’s optical fiber network for the introduction of his telecom firm.

Talking about the level achieved by both the businessmen, Mukesh Ambani has been titled as the richest man in India, whereas Anil Ambani stands on the 25th position on the list of rich people of India. 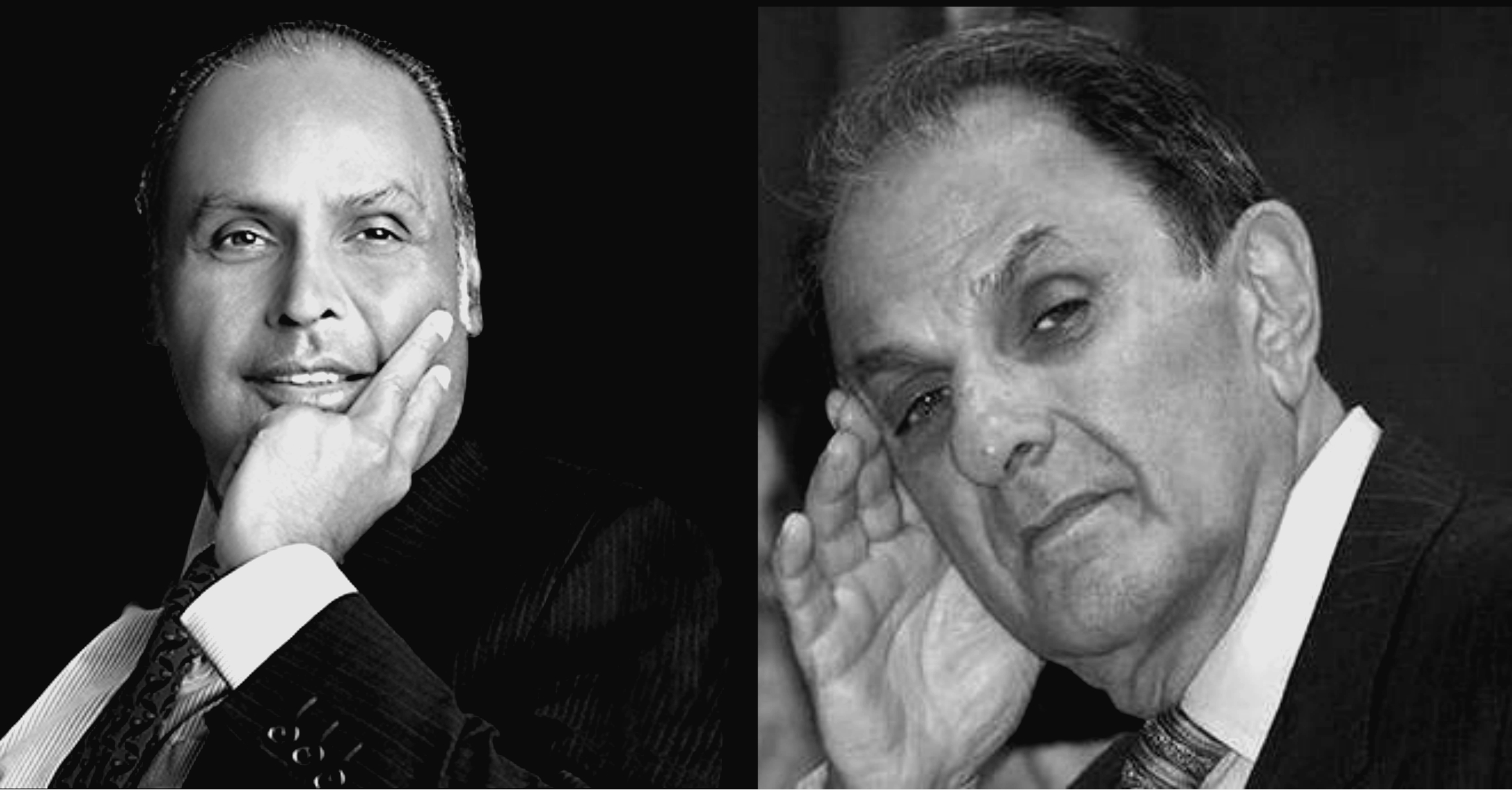 People may have heard of various aspects of the conflict between the Ambanis and Wadias. A few people state that it was a fight between old money and new money. Nusli Wadia is often referred to as the corporate samurai, witnessing his battles with Dhirubhai Ambani and Rajan Pillai which are legendary and memorable.

The difference in the sizes of their empires is equally glaring. Reliance Industries Ltd that was led by Dhirubhai Ambani and Bombay Dyeing Ltd operated by Nusli Wadia were fierce rivals in the polyester market, where Ambani used PTA while the Wadias used DMT as their main input. This was the main reason for the toughest competition between the two.

During the Janta Party rule in 1977- 1979, Nusli Wadia gained the permission to set up a 60000 tpa di-methyl terephtalate (DMT) plant. But, before his letter of intent could be transformed into a license, the government changed and the Congress government came into existence, and thus, his license got delayed until 1981. This was the time when Dhirubhai received the license to set up a PTA plant. Ambani was also planning to build a Paraxylene facility. All this built up the anger in Wadia and marked the beginning of the Ambani Wadia rivalry, where Ramnath Goenka, then Indian Express proprietor, joined forces with Wadia. 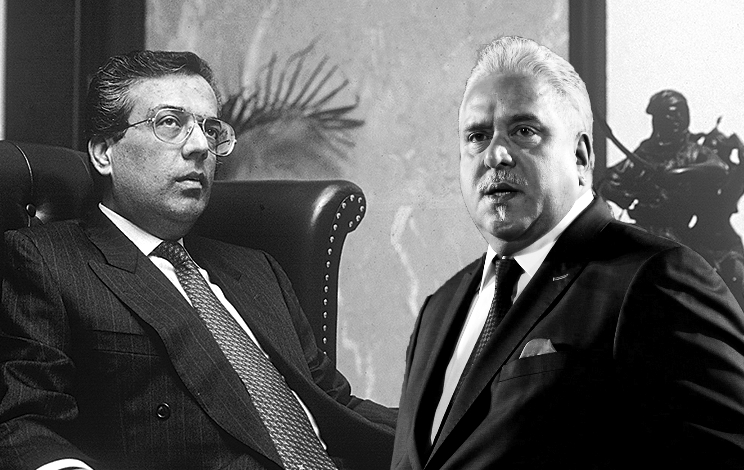 One of the most known corporate fights in the country has been of Vijay Mallya and late NRI raider Manu Chhabria. This particular fight lasted for about 20 years. This started with the collaboration of Vijay Mallya with Manu Chhabria to bid for Shaw Wallace. But, because of the strict currency regulations during that period, Mallya didn’t come out in open in public about the tie-up with Chhabria.

This battle started in 1984 and then Chhabria made an aggressive bid for liquor major Shaw Wallace and Co. (SWC). Mallya stated that the bid was made together by an offshore firm in which he was a partner, whereas Chhabria fought and gradually gained ownership of SWC. And then, Chhabria took over Shaw Wallace and gave a birth to one of India’s most remembered corporate fights between Shaw Wallace and the UB Group.

This fight continued for years in Hong Kong. In 2005, UB Group signed a deal with Jumbo World Holdings Limited in Dubai to take over Shaw Wallace for Rs 1,300 crore (Rs 13 billion). And then this finally ended when Mallya acquired a controlling interest in SWC from the Chhabria family. 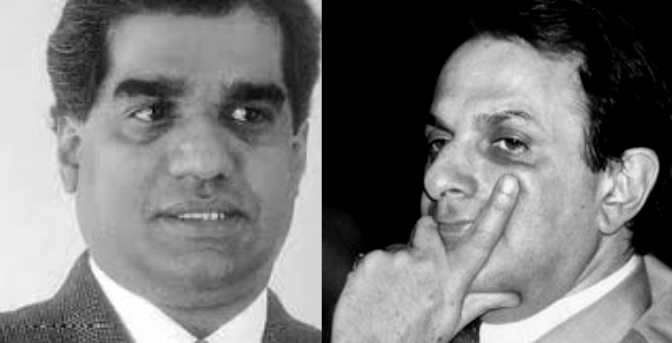 The amusing fight of Nusli Wadia with Reliance had just gotten over when it entered into a fight with Rajan Pillai. Wadia was all over the headlines when he launched an all-out attack to take over Britannia Industries Ltd, which was then under the ownership of US giant RJR Nabisco Inc.

It was through Pillai that Wadia approached Nabisco’s management and expressed his interest in acquiring the company, Britannia. Rajan Pillai was responsible for the management of Britannia all over Asia and was known as the ‘Biscuit King’.

However, Nabisco changed his mind about selling off Britannia, and on the other hand, the company announced Pillai as the chairman of the biscuit company. This move made the two one-time friends turn into foes, and after this, the two of them became the bitter rivals. Very soon after this, Pillai acquired Britannia and collaborated with Danone SA, a French food company with an aim to expand the business. But, sadly even this partnership wasn’t successful for a long time.

The French company then accused Pillai of fraud and broke the partnership and further partnered with Wadia. This is how Wadia acquired Britannia in the early days of the 1990s. The rivalry between L&T’s and Ambani’s started shortly after Manu Chhabria who was a business magnate started his attempts for the acquisition of Larson & Tourbo in the 1980s. The company was easily acquirable because it had no such person or institution that had a majority stake in the company.

This way, Chhabria started buying out the shares of L&T, while on the other hand, Dhirubhai Ambani also started to buy the stocks of the firm. To protect L&T from falling in the hands of Chhabria, Desai partnered with Ambani and a fellow Gujarati and thus, Reliance bought a bigger stake in the company.

This way the first fight came up between Ambani and Chabbria. Dhirubhai Ambani soon came on the board of L&T and became the chairman. Reliance sold its stake in the early 2000s to the Aditya Birla group, giving rise to another takeover battle that ended with L&T selling its cement.