In a significant restructuring at Google, India-born Sundar Pichai has been named the new CEO of the technology giant as the company co-founder Larry Page on Tuesday announced the formation of a new umbrella firm Alphabet, of which Google will be a part. 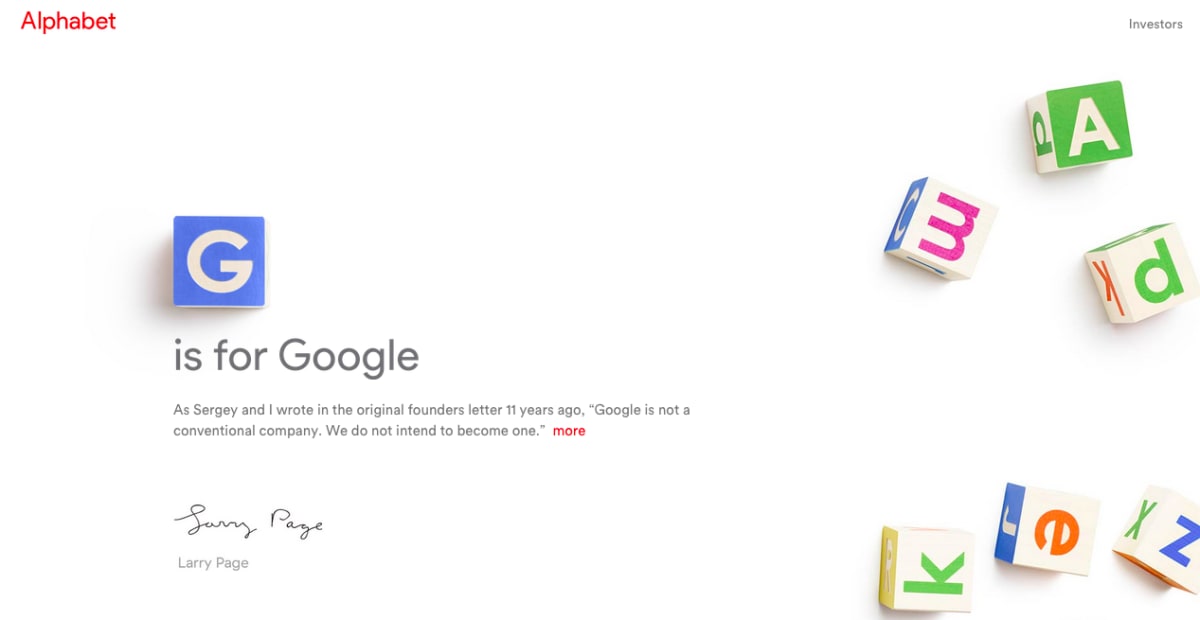 Page, in a blog post, announced the formation of the new parent company Alphabet, of which he will be the CEO and Google co-founder Sergey Brin will be its President.

Chennai-born Sundar Pichai, 43, has been named CEO of the new Google, which Page said will be “a bit slimmed down.”

“Our company is operating well today, but we think we can make it cleaner and more accountable. So we are creating a new company, called Alphabet. I am really excited to be running Alphabet as CEO with help from my capable partner, Sergey, as President,” Page said.

He said Pichai will be a “key part” of the new structure that will “allow us to keep the tremendous focus on the extraordinary opportunities we have inside Google.”

“He has really stepped up since October of last year, when he took on product and engineering responsibility for our internet businesses. Sergey and I have been super excited about his progress and dedication to the company. And it is clear to us and our board that it is time for Sundar to be CEO of Google,” Page said.

“I feel very fortunate to have someone as talented as he is to run the slightly slimmed down Google and this frees up time for me to continue to scale our aspirations. I have been spending quite a bit of time with Sundar, helping him and the company in any way I can, and I will, of course continue to do that,” Page added.

The reason behind his growth is to see the next problems solution of billion people said Chris Beckmann, PM at Google (2007-2012). As he explained on quora,

I never reported to Sundar or in his group, but many of my peers and friends did. Besides being incredibly talented and hardworking like many of his coworkers and peers, Sundar did a few things: