The Riyadh key investment summit kicked off in Saudi Arabia overshadowing the murder of the critic Jamal Khashoggi. Despite of some cancellations from policymakers and business titans, the country carried forward with the summit.

Last year, Saudi Arabia launched the Future Investment Initiative (FII) conference, an event attended by businesses and government leaders across the globe to discuss about the trends in the global economy. It’s also known as “Davos in the desert.” However, since the fallout of Khashoggi, many of the event’s high-profile media sponsors and journalists are backing off in a show of solidarity.

The major media sponsors that pulled out were:

CNBC will no longer participate in the FII in Riyadh due to the continuing questions surrounding the disappearance of journalist Jamal Khashoggi.

After the murder of Washington Post journalist Jamal Khashoggi was highlighted, a number of media outlets, CEOs, company representatives and other high authority figures put forward their choice of not attending the event. Dozens of executives – from bankers JP Morgan to carmaker Ford and ride-hailing app Uber – canceled their plans of going to the event.

The CEO of German industrial conglomerate Siemens Joe Kaeser was the recent among numerous global executives to withdrew from the summit. He said, “I’m very troubled by the reports to date about Jamal Khashoggi. We are following the situation closely, and unless a substantially different set of facts emerges, I won’t be attending the FII conference in Riyadh.”

However, the question is who attended the FII in Saudi Arabia?

The three-day Future Investment Initiative (FII) projected the historically insular petro-state as a lucrative business destination as it seeks to diversify and set the stage for new ventures and multi-billion dollar contracts.

It was reported on Saturday that more than 120 speakers and moderators will participate. Last Monday, they had listed more than 150 speakers. Based on the cached Google list, it can be determined that the following speakers will attend the summit also depending on the fact that there is no public information stating otherwise.

– Thales Group — the company will be represented, CEO not going. 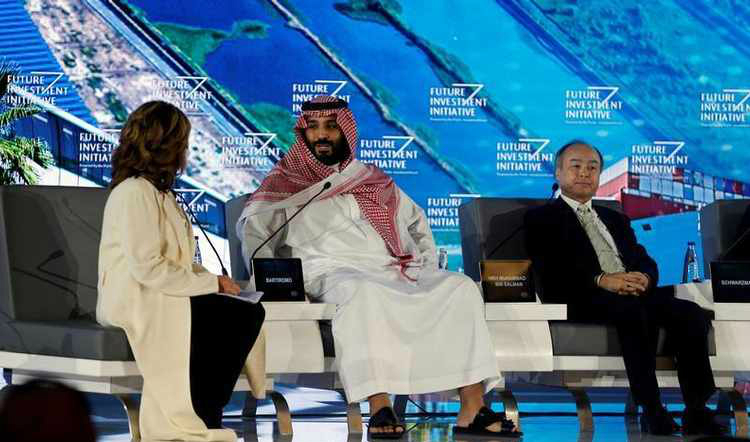 These were some of the speakers who attended the summit. Senior investment bankers from HSBC and Credit Suisse planned to attend the event even though their chief executives have canceled their attendance. Also, Pakistan’s Prime Minister Imran Khan attended the forum as Islamabad continues to seek funding to plug its deteriorating finances.

But a wider Western boycott of the conference suggests rising political risks in Saudi Arabia that could cast a shadow over foreign direct investment. Some withdrawing firms rely heavily on Saudi investments for the future growth of their companies.

Various companies may have had a deal with Saudi in this case. Uber, one of the companies that pulled out of the FII, received a $3.5 billion investment from Saudi Arabia and the managing director of Saudi Arabia’s Public Investment Fund, Yasir al-Rumayyan, sits on the Uber board of directors now. Also, Saudi’s sovereign wealth fund mentioned its plans to invest $1 billion in Richard Branson’s Virgin Group.

Likewise, an American financial services company called Blackstone signed a $40bn memorandum with the Kingdom. However, it might be important to see what these companies do once the dust from the Khashoggi disappearance has settled.

“The Saudi government has not taken any retaliation until now because they know that they cannot push the limits or force the companies to come because they need to save face,” Zaccara said.

But even after normal business ties with the West continue, Khashoggi may cast a shadow over foreign capital flows into Saudi Arabia. Western companies may be expecting to earn fees and win contracts, but perceptions of rising political risk could hinder foreign direct investment. Also, Saudi officials need to reveal the identity of a local cooperator said to have been involved in Khashoggi’s disappearance.