HEROES. SHEROES. Do we ever wonder what all goes on around us and how in a world full of educated people, we miss out on people who genuinely need our attention? We live in a world of misogyny, we live in a world of patriarchy but isn’t it hightime we saw those crashing down to equality? I see people talking about Feminism all over Social Media but I really want to just take this opportunity and say it out that Feminism is not majorly for those who have access to Social Media. It is for the ones who don’t have access to Social Media, ones who don’t get to go to college, ones who are constantly being oppressed and in a world like today’s, we need Feminism, we need courage and to start with places like Sheroes Hnagout. We need people and places that empower.

In 2013, India introduced an amendment to the Indian Penal Code through the Criminal Law (Amendment) Act, 2013, making acid attacks a specific offence with a punishment of imprisonment not less than 10 years and which can extend to life imprisonment and with fine. But it’s been 3 years to that and people have still been resorting to an act as down-threatening as that of acid throwing on people’s faces. These acts are mostlly borne out of frustration, failure, ego, angst, temper issues, etc. and solely the attacker is supposed to be blamed for it. It’s more than sad how the survivors, the victims pay for it. It’s sadder when their own families discard them too. They live under the scars of the attack, for pretty much ever.

Amidst all of this, Stop Acid Attacks, came up with the idea of Sheroes Hangout – a café and restaurant run by acid attack survivors. 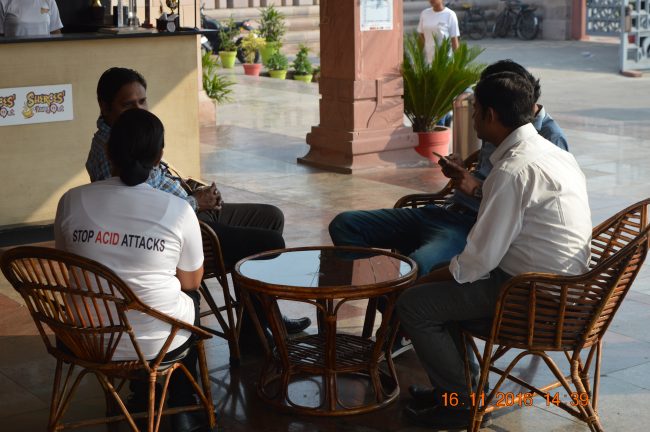 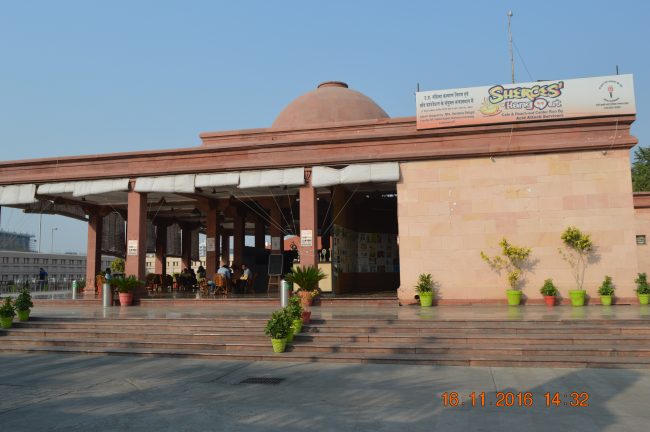 The idea was to make them feel worthy, the idea was to strengthen them, boost their morales up and it has been very well executed. Sheroes Hangout started off as a pilot project in Agra but looking at how well it took off, how much it empowered the victims and more than that how much it inspired the visitors, it was pretty much stuck to by the Government. Now Agra and Lucknow have it. Udaipur is also following suite and in on it’s way to have the state’s first Sheroes Hangout. 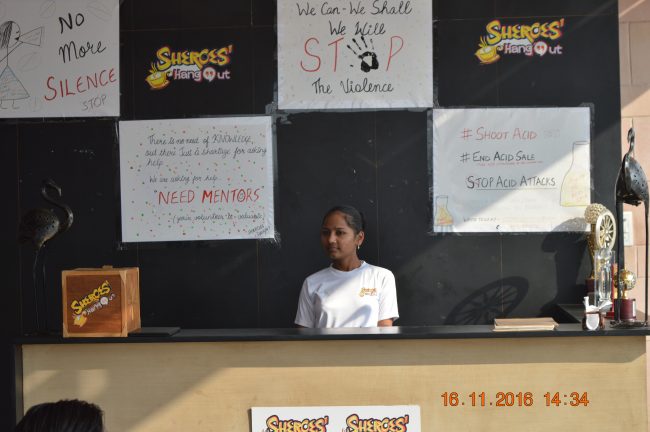 I met Rani didi sometime back at the Agra outlet and I remember how we sat together and shared life stories. She was then getting trained back then so there still was a lot of hesitation inside of her. When I spoke to her, she would somehow relate anything and everything back to how she got attacked. She got nervous facing people, she got nervous telling people about what happened, she got nervous about people seeing her, noticing her scars, she cared a little too much. But when I met her at the café with the team of Pixr8 I saw a different Rani didi altogether. She saw me and before I could say anything, recognised me and hugged me. Dressed up in jeans and t-shirt, I saw a whole new person. I saw a woman who wasn’t nervous anymore, a woman who loved doing what she did, a woman who could talk about her life and not shed a tear. She was insipiring. She inspired me tad bit more that day. 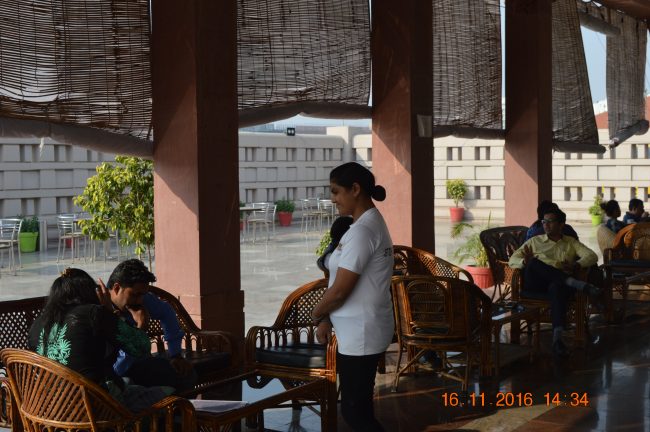 A readers’ cafe, a performance space (built inside the cafe), an activism workshop and an exhibit space where works crafted by survivors are displayed are among its features, managed wholly by acid attack survivors and lit up wholly by their beautiful smiles. 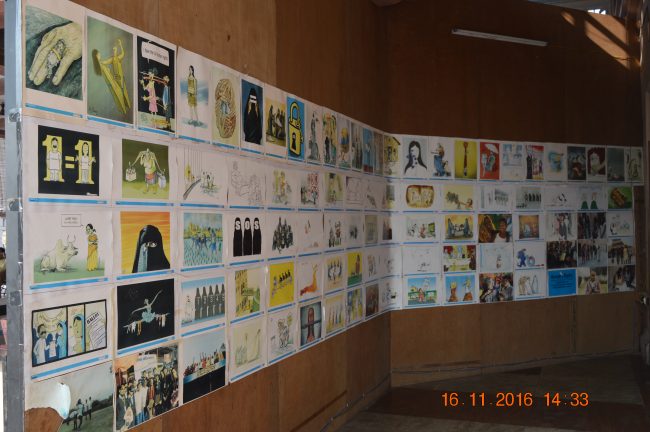 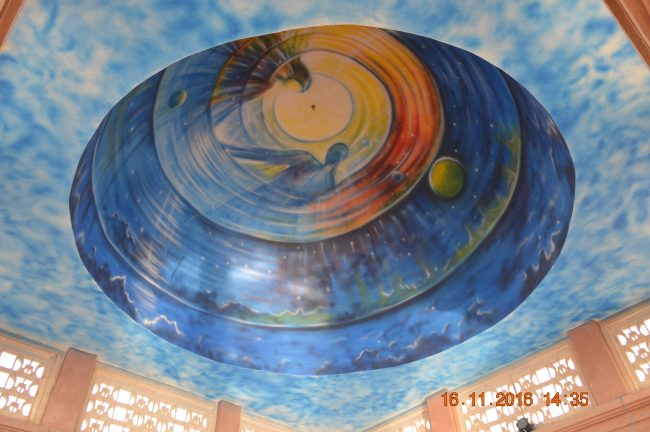 I remember how our camera person had to brief the girls for hardly 5 minutes and they knew what to do when he rolls, they knew what to say. Charmers, all of them. The idea was to talk to the staff, the people at Sheroes and get to know the place and present it to the masses who haven’t yet got to visit the place. The Lucknow outlet of Sheroes Hangout looks beautiful, it’s a big space, airy, filled with lots of natural sunlight only adding to the essence and positivity of it. The place has a beautiful little amphitheatre-type-peformance space of it’s own, where various events have taken place. Uttar Pradesh Young Women Leaders’ Conclave, Lucknow Book Club meets and Radhika Tabrez’s book launch are the most recent ones. 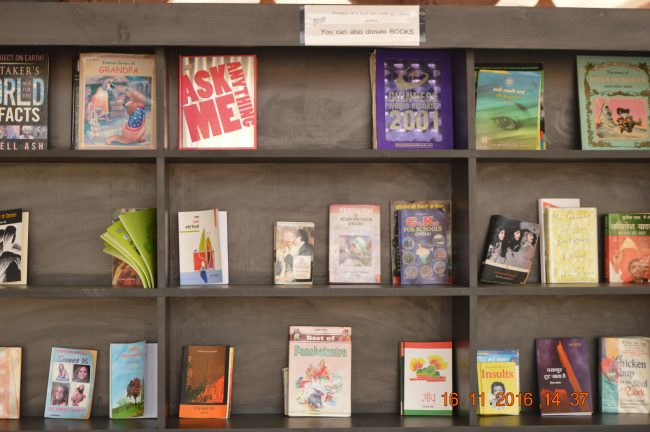 The Jute furniture makes the place looks like somewhere I personally would love to sit and sip on some Chai and read Tuesdays With Morrie. That takes us to the reading section. The place has a small library, filled with books that inspire, books that are filled with great cheer. The girls told us how most of the books were donated by visitors. The team told us they haven’t had a visitor yet who has visited them less than thrice. People meet them with the same warmth and same love every time.

They have a wide menu, that is light and very pocket friendly. I can absolutely vouch for the honey chilly potatoes and their adrak wali chai that they serve, though. 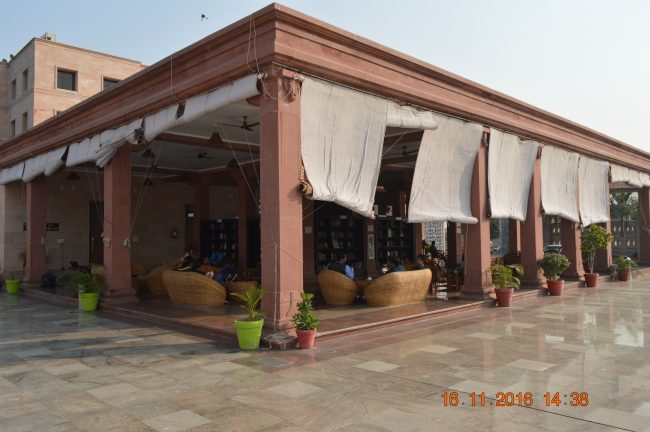 The place easily adds to the charm of Lucknow and just in case you haven’t visited yet, we don’t see many reasons for you to wait now. Winters are here and you must take out some time on an evening and go visit the Sheroes Hangout in Gomti Nagar, Lucknow.

We, at Pixr8 are extremely excited and glad about to share with you our experience at Sheroes Hangout, Lucknow.