According to the International Data Corporation, the IoT (Internet of Things) industry will connect 4 billion people by 25 billion IoT devices (means Hardware devices which connects through the internet) in 2020. The world is moving towards this vision very smoothly, but still, there is a big question, How to change a Hardware device into IoT ? In today’s write-up we will introduce to you a platform, which tries to answer this problem very effectively.

An industry which generates revenue opportunity of $4 trillion in 2020 is still a big catch for many, because of its complex cloud structure. But today a team of 5 (Arpit, Shivam Dikshit, Shashank Saxena, Sushant Taneja & Saurabh Shandilya) will tell you how to change a device into IoT by using their platform called IoTfy. 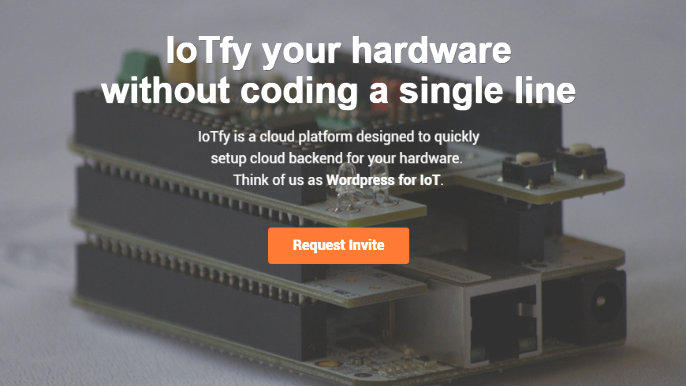 IoTfy – think us as WordPress platform

IoTfy is a cloud platform that provides a reliable cloud back-end for IoT devices.

“We are a Platform-as-a-Service (PaaS) for IoT. Think of us as a WordPress for IoT. The way we have designed IoTfy, we believe IoTfy has potential to disrupt the IoT space in a manner similar to how WordPress disrupted the web publishing space” said Arpit, who has been a serial entrepreneur before, having built and sold two businesses before starting with IoTfy.

The team launched the alpha version of IoTfy amid a huge crowd of hardware developers in Hack4India meetup. The product was very well received by the hardware developers with Q&A session lasting almost an hour. Demonstration of use-cases such as Water My Plant & Welcome Bell added excitement to the crowd. The transmission of a simple tweet like #WATERMYPLANTS simply starts the sprinklers attached to the plant and a Welcome Bell on being rung sends a tweet to people in the audience. 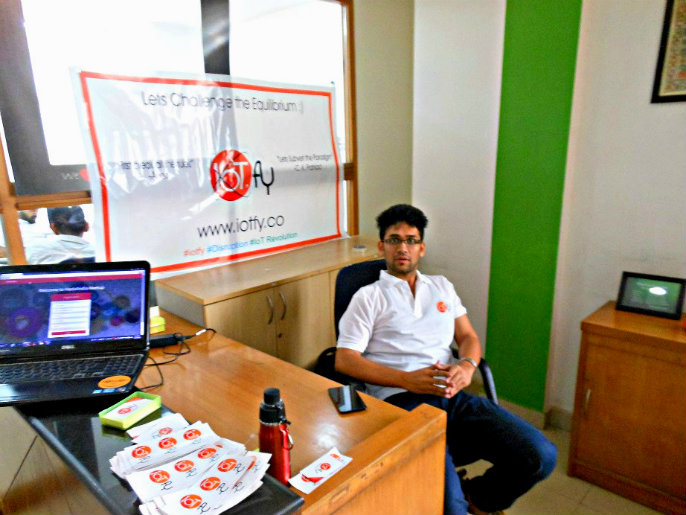 On enquiring about the challenges faced in developing the product, Sushant mentioned, “Shivam & Shashank have been involved in developing custom IoT solutions for enterprises for the last four years and their knowledge about the space helped us in designing  IoTfy.”

On asking about the future plans, Shivam added,

“We are already in the market and are in talks with strategic investors.” Presently the product is an invite only for developers. They are planning to launch the beta version of the product in July this year.

The Internet of Things (IoT) is the network of physical objects or “things” embedded with electronics, software, sensors and connectivity to enable it to achieve greater value and service by exchanging data with the manufacturer, operator and/or other connected devices. Each thing is uniquely identifiable through its embedded computing system but is able to inter-operate within the existing Internet infrastructure.

The term “Internet of Things” was first documented by a British visionary, Kevin Ashton, in 1999. Typically, IoT is expected to offer advanced connectivity of devices, systems, and services that goes beyond machine-to-machine communications (M2M) and covers a variety of protocols, domains, and applications. The interconnection of these embedded devices (including smart objects), is expected to usher in automation in nearly all fields, while also enabling advanced applications like a Smart Grid.