We got this brilliant analytical piece about newly launched Reliance Jio scheme (of almost free data) from WhatsApp. We are publishing it because it shows the other side – which is obviously not so good – of the so called revolutionary idea, to promote awareness.

In the name of fulfilling PM Modi’s dream for Digital India, Reliance used his image in its full page advertisement but the question remains unanswered. How will it help India to be more Digital ? Did Reliance Jio make false promises to make profit? Is Reliance Making the hay while sun is shining?

We would like to know the name of the author. If any one can send us, that will be a great help.

I must admit that I was euphoric over the Reliance Jio launch. Also, thanks to the media hype, I initially believed that it was a “revolutionary” service for data users like me who are glued to the internet all the time.  But as the hours passed, reality began to sink in.

Let me take up some of the hyped up highlights & try to explain why it does not convince me to make a switch.

1) First & foremost, it is portrayed as the messiah for data users. All the news channels have been highlighting that the data charges on Reliance Jio is as low as Rs 50/GB. This is actually highly misleading because that low rate of Rs 50/GB would be applicable only when you buy the high end monthly pack of Rs 4,999!! In that pack, you get around 75 GB which roughly translates to Rs 50/GB. But in a normal pack like Rs 499 per month, you get only 4 GB, which translates to around Rs 100/GB. And if you consider the Rs 19 pack which gives 100 MB, it translates to around Rs 190/GB.

2) In the entry level package of Rs 149 per month, although you get unlimited voice calls (which is highly appreciated), you get only 300 MB of data. So, it is definitely not for a data user like me, but for someone who hardly uses internet, and wants unlimited calling facility.

3) The Rs 19/day pack is marketed as the entry level Chota pack which can cater to casual users who want to browse internet occasionally on a need basis. But there is nothing revolutionary about it because it offers only 100 MB for Rs 19 & the validity is 1 day. Suppose I am on the Rs 149/month pack of Reliance Jio and I exhaust my full data(300 MB) within few days and one fine day I want to book an Ola cab or watch a 1 min YouTube video, then I must shell out a minimum of Rs 19. (There is no pack smaller than that). 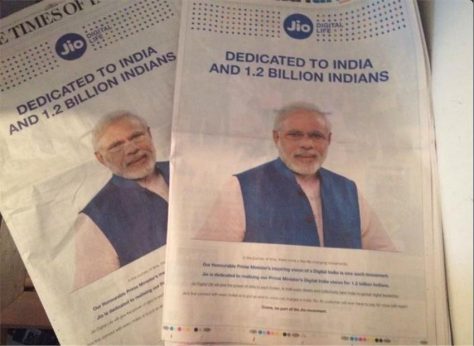 4) As explained above, the Rs 149/month pack makes no sense for data users because it gives only 300 MB. The next pack is the Rs 499/month pack which has 4 GB of data (along with the default unlimited calling feature). Since unlimited calling is available in both the Rs 149 pack as well as Rs 499 pack, then the only difference is that the 499 pack gives you additional 3.7 GB of data at an additional cost of Rs 350.

Rs 350 for 3.7 GB? Sorry, not convincing. Your own brother Anil Ambani & his competitors been offering 5-10 GB of data for less than Rs 400. Yes, I agree that while they are offering 3G, you are offering 4G, but at the end of the day, the total data remains the same. I mean, the incentive is not good enough to call your Rs 499 plan a “revolutionary”.

6) Now that I have seen how even the Rs 999 pack fails to impress me, due to much better offering from BSNL. Why should I pay Rs 999 to Reliance for 10 GB data, when BSNL is offering me unlimited data for Rs 1099?

What is My Conclusion Finally?

For a data user, Reliance Jio is not impressive. If the usage is more than 1 GB per month, then the Rs 149 pack should not even be considered because it has only 300 MB. In the next pack, Jio offers 4 GB data for Rs 499 which is not revolutionary, but since it says night time is unlimited, I think it can be called “evolutionary”. But still that is not such a great incentive to switch.

In the next plan which costs Rs 999, it offers only 10 GB, whereas BSNL gives me unlimited data for almost the same price. That’s about my personal requirements. Now let’s look at the overall benefit for the masses.

The only major advantage for the masses is the unlimited voice calling which can be availed for Rs 149 per month. In today’s scenario, most of the mobile users, especially among the working class, are actually prepaid users with free lifetime validity connections, upon which they regularly recharge Rs 20-30 which usually lasts for almost a month for them. For example, I personally know many taxi drivers, vegetable vendors, mechanics etc. who hardly make outgoing calls. Even if they make an outgoing call, it would not last for more than a minute. Such people tend to use only Rs 30-50 talk time per month, for which only Rs 50 top-up recharge is sufficient. (Such recharges have unlimited validity and they usually prolong it for 2 months as well). 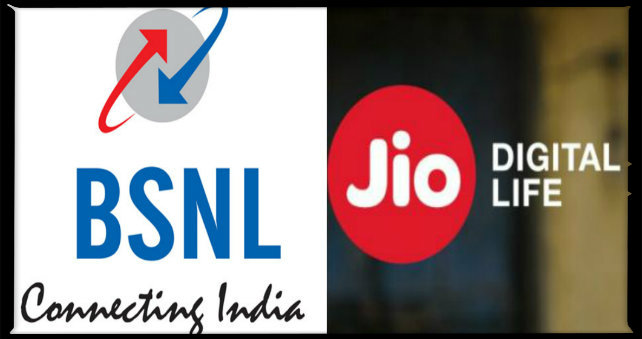 Now, if they must go for Jio just because the free voice calling is tempting, then it means they must shell out Rs 149, which lapses after 28 days (It has 28 days’ validity), after which they must again recharge Rs 149 and so on. For someone who is used to topup of Rs 20-30 per month (and that too on a need basis), such a mandatory cost of Rs 149/month sounds very expensive. That translates to around 149*12 = Rs 1800 per annum, compared to their existing habit of regular topups which might come up to a total of just 20*12 = Rs 240 per annum which is sufficient for their practical purposes.

That’s a whopping 6 times higher, just for unlimited voice calling, whether you really do unlimited calling or not. (Some people might say that Rs 149 per month is very cheap, but let’s not forget that we are a nation where every rupee matters. We are a nation which does not give up even LPG subsidy so easily because even Rs 100 is important. So, the logic of “Rs 149 per month is nothing” might hold good for urban elite but not for rest of India).

So, as we can see, the only upside is unlimited voice, and not data. Even the unlimited voice for Rs 149 sounds high for the majority who are happy with their Rs 20-30 topup once in every 20-30 days. Hence, it is difficult to categorize Reliance Jio as a revolutionary data service, but it can be a good voice service if one is into chattering regularly for 1-hour outgoing call every day.

Now that we have analyzed that the Jio plans are not revolutionary, can we atleast call it evolutionary? Not really. By claiming itself as a path for Digital India & provide internet to the masses, it might actually end up becoming popular only for its unlimited voice, and since voice services are considered “backward” (corollary of the rhetoric “data services are the future”), it is certainly not evolutionary.

This way, Jio, according to my analysis is chalking out the vision of “Analog India” (voice), but not “Digital India” (data).