The case regarding Paytm that got hyped after Vijay Shekhar Sharma’s secretary Sonia Dhawan along with three other Paytm employees blackmailed him for Rs 20 crore against the leak of the confidential information of the company. Sonia Dhawan was the Vice President, Corporations/PR at Paytm and started her career in the company as Vijay Shekhar Sharma’s secretary.

Being the secretary of the founder, she had access to almost all documents and data of the company. Along with her husband Rupak Jain and Devendra Kumar, who worked as senior manager in the administration department of the company, she planned the extortion and took it forward. These were the allegations because of which they were arrested and taken by the Police, however, the story contains a lot more twist. Let us now know more about the case and dig into the details of it.

Sonia Dhawan who was being called the mastermind of the whole extortion claims to be a victim of an extortion plot herself. Her lawyer said, “Sonia Dhawan received a call from an unknown number. The person threatened to kill her if she failed to pay the ransom amount he was demanding”.

Dhawan’s lawyer Prashant Tripathi said there is an element of conspiracy in the case, adding that the promoters of the company were forcing her to sell stakes that she had in the company. He further told that after this incident, Sonia and her husband Rupak Jain filed a formal complaint in the Noida Sector 39 Police Station on September 22, however, according to the police, the link between both the extortion plots hasn’t been established yet. The caller demanded Rs 5 crore as claimed by the lawyer. 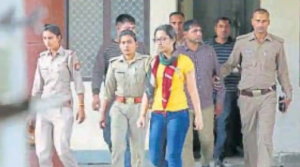 Some sources also mentioned that another person, who in the past was an employee with Paytm who according to police sources was fired by the company recently, is also under scanner without disclosing his identity.

Another twist comes when Sonia’s family members stated that she had a meteoric rise in Paytm and was its most prominent face apart from founder Vijay Shekhar Sharma and thus, this made it difficult to explain why she would want to extort money from a company to “which she has given her 100%”. On the other hand, Dhawan’s sister Rupali told that the family suspects the role of a professional rival who may have framed her.

“For the past few weeks, she would tell me how a colleague was conspiring to delay her promotion. She would have heated exchanges with him,” she said, adding that her sibling was also “resisting pressure to sell her stakes in the firm”.

According to other members in the family, Dhawan’s position in the company reflected the trust that she enjoyed from the founder and was a recognition of the efforts she put in.

“She was someone who had big aspirations, but lived a simple life and paid ₹20,000 as house rent. She had stocks worth Rs 10 crore. If she actually wanted to extort from Sharma, she would have demanded Rs 200 crore, not Rs 20 crore,” said Rupali’s husband, Puneet P.

On the other hand, various reports have emerged which suggested that Dhawan extorted Sharma as she wanted Rs 4 crore to buy a new home. While this is one angle the police are investigating, it does not seem likely that Dhawan would resort to extortion for buying a house. 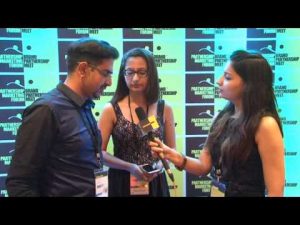 The police stated that the accused allegedly decided to blackmail Sharma around two months ago when her request for Rs 4 crore to buy a house was denied. While Dhawan and her husband have claimed to be innocent, police have stated that the other Paytm employees agreed that he was involved in the process of extortion. The latter admitted to making copies of data (company and Vijay Shekhar Sharma’s personal data) on Dhawan’s insistence, blaming her for getting pulled into the controversy.

Shocked over the latest revelations, the Paytm boss has said he wants answers to the extortion puzzle but expressed hope that police will unearth the truth. Vijay Shekhar Sharma said that he was “stunned and want to figure out the truth”, reported Business Standard, which quoting him saying “I have always believed her.”

The various twists and turns in the case and considering that she had around 1,400 shares in the company as of November 2017 and earned a fat salary of Rs 85 lakh per annum, many have been left wondering as to why she concocted the extortion plan.

With the emergence of several details and angles in the case, nothing concrete has emerged and the police are conducting further investigation to clear the air around the extortion case.