myHQ, a co-working space based in Delhi, came up with the new initiative of re-designing specific metro coaches into a perfectly equipped co-working space in a bid to make its co-workers’ time more productive while commuting.

In the recent years, the work life of the modern Indian has changed tremendously making every second of their day precious; after all, time is money. This fast lifestyle leaves no excuse for a missed deadline, network problems or commuting problems such as a jammed road or no proper infrastructure and facilities in the public transport to work. 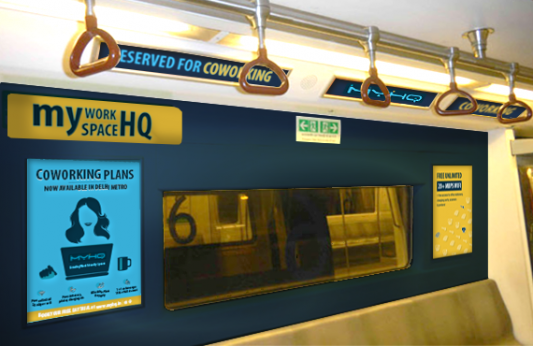 To answer these issues, myHQ began discussing with the DRMC last year to initiate a co-working platform in the metro and making its coworkers’ lives more productive and connected to the online world.

The discussions were finalized and myHQ will introduce a co-working space in the Delhi Metro starting April 16 2018. The first phase of the project will run on the Yellow line from Huda City Centre Gurgaon to Samaypur Baldi, New Delhi. myHQ’s co-working metro coach will run as the last coach on Delhi Metro Yellow line equipped with free and reliable Wi-Fi connections, several charging points, beverages, quick and accessible stationery, printing facilities and comfortable laptop-friendly desks.

The initiative comes after a study from Payscale revealed that the average Delhi worker spends approximately 43.6 minutes commuting daily; which averages to almost eight hours of commuting per week and this initiative aims at maximizing those eight hours lost per week. The co-working metro service is a free service for MyHQ co-workers and comes as an extension of their package with the start-up. Non-myHQ co-workers can also enjoy the services freely for the first month of the service without even buying a subscription. However, the seats available are very limited and the response has been huge already. 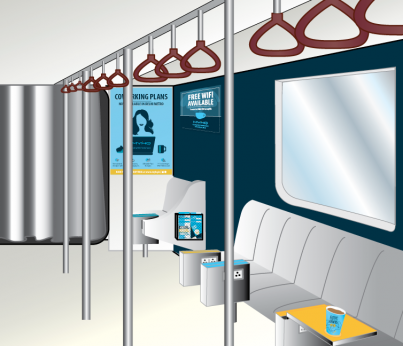 Through the myHQ app, users can reserve a seat prior to even reaching the Metro station by selecting which station the user would board the metro to where he/she will get off it. Then, the user will have to locate the specific myHQ coach, scan the QR code and that is it.

Although this coach will be limited to certain people initially, it will surely pave the way for more developments of the sort in the metro sector later for a bigger chunk of commuters.