“A friend shared her experience that happened to her on a late Saturday night, she was walking down the streets of Hyderabad because she couldn’t find a cab back home. She was complaining she has fished through all the apps for a long time, but was disappointed. It was high time to introduce a service which shows you the best available options quick and cheap” says Vennela, co-founder of Bucker.

Bucker is a Hyderabad based startup which aims to simplify user’s choices by giving them the best available service at the cheapest price. It provides service aggregation in the fields of cabs, shopping and coupons. Major services players like Ola, Uber, Taxiforsure, Swiggy, Foodpanda, Paytm, Freecharge and Mobikwik are already available, the team is extending their service to provide coupons and discounts for shopping, fashion and travel soon. Bucker like It acts as a smart-assisting layer for all the different services helping the consumer reduce the time one spends in searching, comparing and jumping across multiple apps. 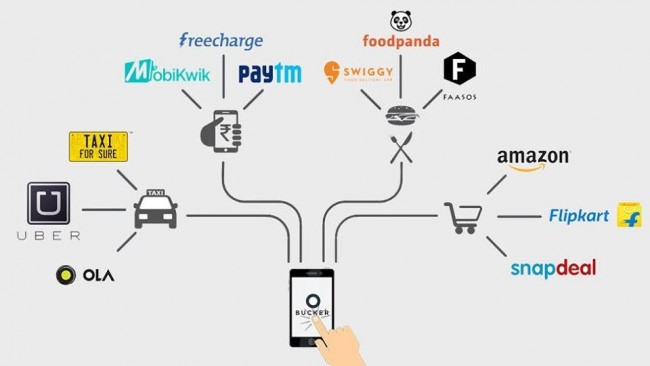 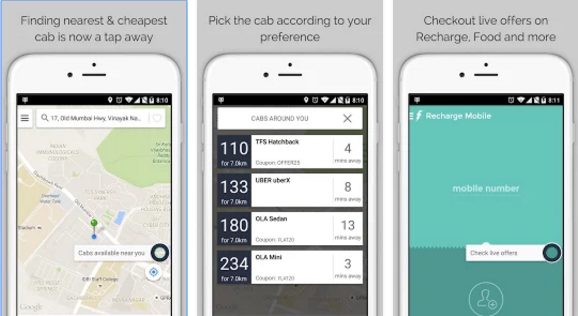 The app which was founded by International Institute of Information Technology (IIIT), Hyderabad alumni Vennela Miryala, Ravneet Singh and Nikhar Agarwal was developed in the labs of that very college and the makers continue to work from IIIT, Hyderabad. The journey started for these young entrepreneurs when they won AngelHack India and became the team to represent India in San Fransisco pitching to an audience of 150 industry leaders and VCs on the Global Demo Day.

Bucker has raised a seed round of undisclosed amount lead by angels from Silicon Valley and 50k Ventures. The other backers of the round include Munish Jauhar of IAN, Pulkit Jain of Vedantu, Rohit Narang of Singapore based 314 Capital. With the latest funds they plan to support the payroll of their growing team, with people quitting jobs from Flipkart and Microsoft to join them. It has quickly grown its user base to 20,000 within a span of 2 months.

Vennela adds talking about their vision,“companies like Uber brought in ‘on-demand’ and ever since we’ve been reaping its benefits. Its successor would be ‘automatic’ and we aim to bring it in, one step at a time. A cab booked for you when your office is done, a hot pot of Biryani ordered ready for you with the least cost as soon as you get home – that level of automation is the dream and we want to work towards fixing each of the problems in our path to that”.