They say every starting is the initial step of reaching out to the goal, every spark in itself is the beginning of an inferno!

Same was the atmosphere of the Lucknow past weekend. Carrying a backpack full of gadgets we landed in the city of Nawabs to attend a meetup, thinking it would be an ordinary one, but how much we were wrong, I got to know from the very first moment while entering the venue.

Yes folks, I am talking about the same Lucknow, which has always been famous for its decency and beautiful culture, but to the addition of these, a new tag is getting ready to be attached along, “The next emerging startup hub”. And credit for all this goes to efforts like “Bootstrap weekend”

Bootstrap weekend is a group of entrepreneurs and startup enthusiasts based out of Lucknow, which aims to develop Lucknow as the next startup hub of India.

“I used to raise the point in every conferences of not having any incubator, accelerator or startup ecosystem in Lucknow even after having two IIT’s and one IIM around, even personally I had to face so many challenges in running my venture” tells Durgesh Nandan, founder of Bootstrap weekend.

“One night over drinks, I was discussing this with my friend Shivam, he suggested me to start on my own and see how it goes? I immediately made a Facebook group and invited the entrepreneurs whom I know and asked for the meetup. Luckily, I got a response from most of them and we hosted our first meetup on 26th January 2014.” recalls Durgesh.

As boasted with the aim of building the startup culture in Lucknow, 22nd March’s Bootstrap weekend was the 9th edition, which witnessed some tremendous amount of energy among the startup freaks. The attendees were mostly youth, mixed with some upcoming entrepreneurs and some proven one. The highlight of the event was startups, entrepreneurship, and of-course Anshulika Dubey, co-founder Wishberry. 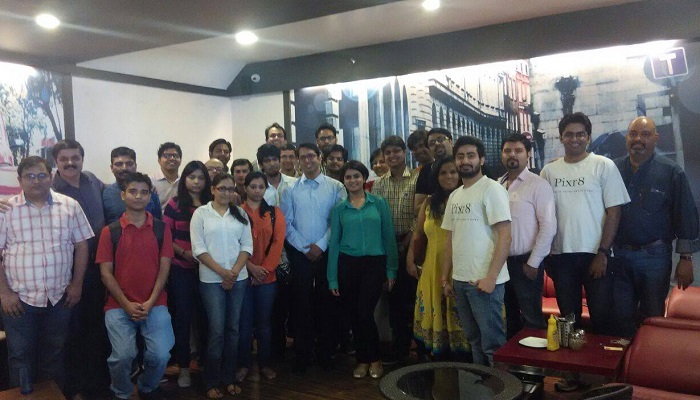 Anshulika, the first “lady-preneur” from Lucknow, shared her experiences from being an employee at McKinsey to the co-founder of India’s first and foremost crowdfunding venture, Wishberry.

According to Durgesh, “Lucknow has the best schooling in India, but after schooling there is nothing we can boast about. You’ll find so many entrepreneurs and startups, leading and changing the world outside, Anshulika is one such great example, Mohit Saxena, founder of billion dollar startup, InMobi, is another and many others. We want them to guide the young clad here to realize their dreams and continue the legacy of this beautiful town”

A senior entrepreneur Alok Misra and a professor Jatin Srivastava evangelize Bootstrap and now its being actively run by Saurabh Jaisawal, Vinit Kapoor, Sachin Sahni and externally supported by a Delhi based entrepreneur and  lucknowite Shivam.

Ended on an inspiring note, Bootstrap weekend promised to bring a good startup ecosystem very soon and we believe, It surely will! As of now, you can visit their website here to register yourself.

“An idea on how to save an idea” at IMS Lucknow:

Next morning, we visited IMS, Lucknow University campus, to attend startup awareness meet, organized by LMA Young Managers Forum in association with TIE (The Indus Entrepreneurs). Anshulika addressed the young crowd of the organization guiding them to choose the path they want, not what their parents want. 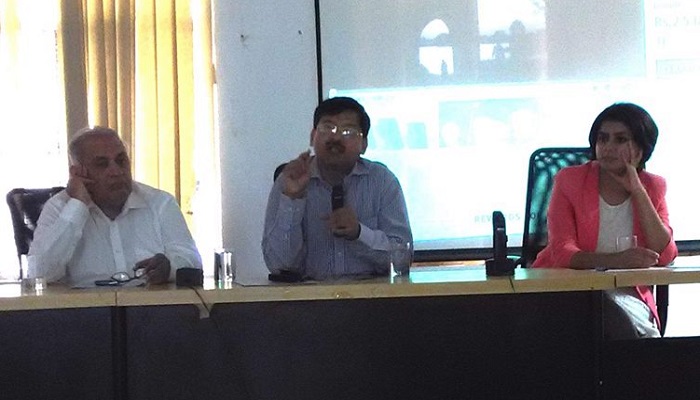 Professor Arvind Mohan, the director of the organization, also motivated the students to bring innovation on-board, instead of traditional job seeking. Also, he announced “startup conclave” to be organized very soon in association with TIE and Pixr8.

Writing it honestly from the heart, We felt something strong coming soon out of Lucknow. We wish all the endevours a very best of luck. That’s not it! Stay tuned for our special entrepreneur’s talk with Anshulika Dubey, coming soon. We bet, it will inspire the hell out of you.