IIT-Chennai batchmates Tarun Mehta and Swapnil Jain founded Bangalore-based Ather Energy in 2013.  Ather (derived from the Greek word ‘aether’ for the purest form of air breathed by the gods) is a company that manufactures electric scooters and dreams to revolutionise the two-wheeler mobility game by developing India’s first smart, connected, and clean electric scooter.

“The inevitability of electric being the future of automobiles has led us to build an uncompromising electric scooter – with a powerful Li-ion battery pack and sub-one hour charging. Our focus on connectivity as the key feature enables us to offer a host of features including personalised profiles for varying ride experience, multiple riding modes and onboard navigation among the few”, said Tarun. 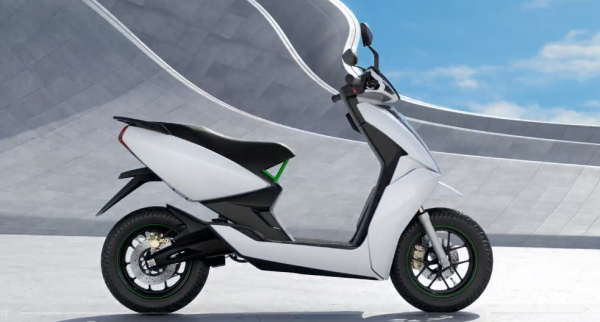 Ather is confident that making the right products available to them will help youth to opt for sustainable transport without compromising on the style, convenience, and performance offered by petrol vehicles. It is also encouraging to note that, even with minimal information about the product, a majority of Ather’s enthusiasts who are eagerly waiting to know more about the S340 and test ride it belong to the 20-30 age group.

“With the S340, we are not just bringing out a new product but also re-looking at how the entire value chain can be further optimized.  This will include charging and support infrastructure”, says Mehta. The current prototype has a top speed of 72 kilometre/hour, while its counterparts from other companies offer just 25 km/h; its acceleration is at par with 110cc petrol scooters; and its charging time is about 1 hour against the six to seven hours its counterparts take.

The S340 will be able to plug into regular 15 A sockets for charging, ensuring that users will have cheap, hassle-free access to charging at home and office parking lots. This addresses the core problem of poor public charging infrastructure that has been the bane of the EV sector.