The next food order that you place from your favorite restaurant online might be delivered to your doorstep by Zomato itself. The Gurgaon-based company is planning to foray into last-mile delivery business. The company is in the process of finalizing its strategy for the same and is considering multiple op ions for introducing last-mile delivery options to its users in he coming months.

“We are working on it and we may do it via an acquisition or partnership. Also, we might end up doing it on our own,” Deepinder Goyal, founder and CEO of Zomato, told TOI. 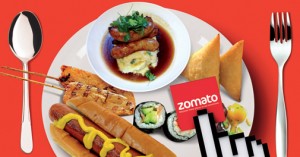 Goyal-led company is known for being a leading restaurant review platform in the country and it recently entered into online food-ordering business as the review space is getting crowded with multiple players, who have managed to arrange handsome funding rom investors.

For Zomato, entering last-mile delivery could turn out to be a positive move as India is already a profitable market for the seven-year-old company valued at over $1 bn. Once finalized, the service would be extended to other countries in a phased manner.

Goyal, flush with adequate capital, is aggressively looking at entering Europe, South East Asia and Latin America. “Couple of these geographies we are trying to enter via the inorganic route, acquisitions,” he said, pointing out that by the end of March 2016, Zomato would be present in at least eight new geographies. When asked about fresh funds to feed the new business and expansion needs, Goyal said the company would be looking at fresh funds in smaller tranches over a period of about six months. Money is never difficult to raise and we don’t raise large amounts. So, we will keep raising in smaller tranches of about $50-100 million. Info Edge is the majority shareholder in Zomato with little over 50 per cent stake, while Sequoia Capital and Vy Capital are other key investors in the company .