4th of March, 2015 turned out to be a legendary day, not only for the members of Vyapaar, but also for a lot of other people. Vyapaar, the Entrepreneurship Cell of Delhi College of Arts and Commerce organized its annual fest, The Entrepreneurship Summit’15.

Vyapaar managed to pull off a total of 52 collaborations along with being the host of the very first Internship Fair in the South Campus of Delhi University with 28 companies under one roof. Also, ‘A Pitch For Incubation’ was the part of event in association with the Gurgaon Entrepreneurship School as the Incubators for the very first time in Delhi University. 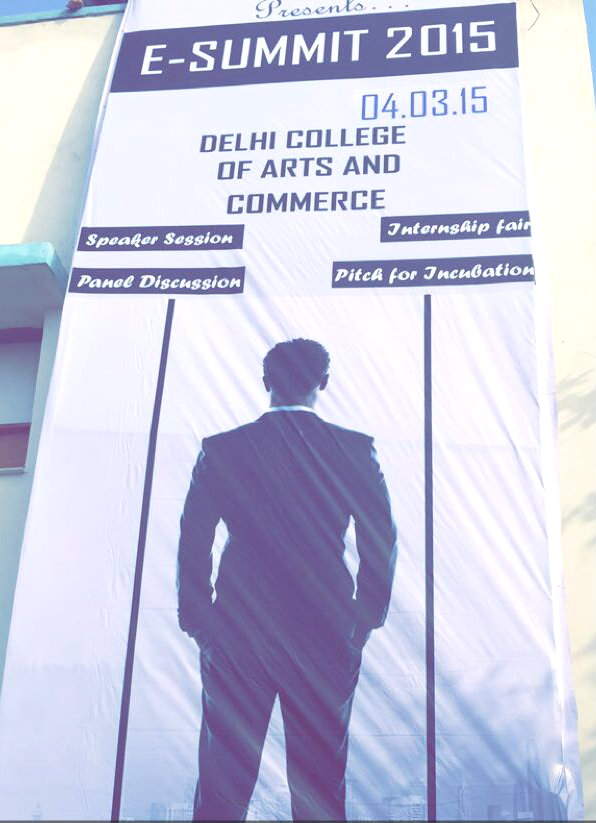 The Summit commenced with an exhilarating Speaker Session with some of the most enthusiastic Speakers, likes of Mr. Ahmed Naqvi, the co-founder of Gozoop, Mr. Siddharth Pandey, co-founder of Leh Leh sports and Mr. Vikas Kapoor, the Vice President of Delhivery, who addressed the crowd with some inspiring moments of their lives along with sharing their work culture and various tips for the budding entrepreneurs leaving many students mesmerized.

This was chiefly followed by an interactive panel discussion on various noteworthy topics related to Start-ups, Entrepreneurship and Investment Options. Zealous response was witnessed among the candidates, numerous queries were directed towards the Entrepreneurs too, which they were able to answer very precisely. 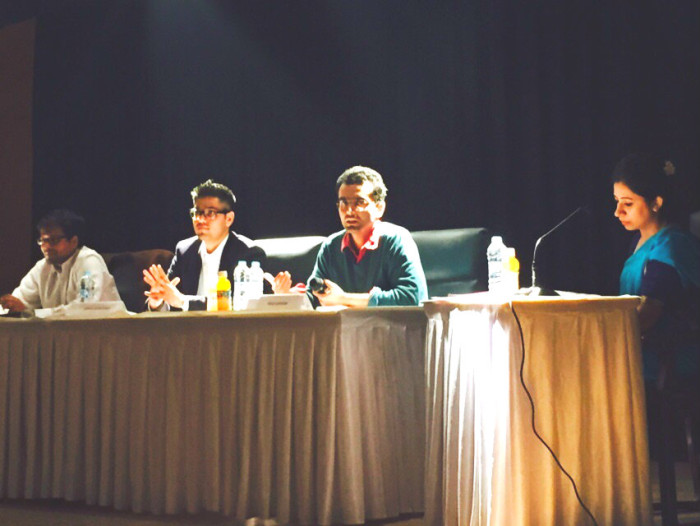 The Internship Fair that had a turn up of 500 students hosted companies like Vodafone, Airtel, Indiabulls, and Social cops among others. Placements and internships were offered to a whole number of students. A lot of happy faces there! Simultaneously, Aditya Birla Group conducted a ‘Pre-Internship Talk’ with the students. The establishment handed down important pointers regarding Work Culture, Internships and Entrepreneurship.

The Incubation Event served as a Start-up Launchpad for teams with breathtaking ideas. Teams from various background pitched their ideas and received finance upto Rs.10 lakhs for their set-up. Teams from Jamshedpur, NSIT, IIT Bombay and DTU made entries to win this fest.

A hard-working team, a steadfast leader, reliable ethics and an efficient management is what took Vyapaar to host such an extravagant event.

Now Anyone can use Google Workspace