When I woke up yesterday morning and read about the resignation from Rahul Yadav, CEO and Chairman of Housing.com the first thing that came to my mind was the most dismay resignation from Steve jobs in 1985. The most common observation from both the resignations are both were very young at their age, created revolution in their area, fought for their existence and were set back through their Board members.

However the difference between Jobs resignation letters in 1985 was result of pressure from board members and in 2011, a heartfelt and utter shock for board members. 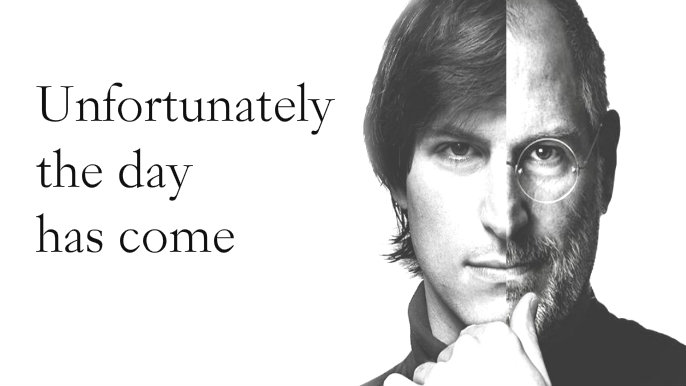 Dear Mike,
This morning’s papers carried suggestions that Apple is considering removing me as Chairman. I don’t know the source of these reports, but they are both misleading to the public and unfair to me.

You will recall that at last Thursday’s board meeting I stated that I had decided to start a new venture, and tendered my resignation as Chairman.

The board declined to accept my resignation and asked me to defer it for a week. I agreed to do so in light of the encouragement the Board offered with regard to the proposed new venture and the indications that Apple would invest in it. On Friday, after I told John Sculley who would be joining me, he confirmed Apple’s willingness to discuss areas of possible collaboration between Apple and my new venture.

Subsequently the Company appears to be adopting a hostile posture toward me and the new venture. Accordingly, I must insist upon the immediate acceptance of resignation. I would hope that in any statement it feels it must issue, the Company will make it clear the decision to resign as Chairman was mine.

I find myself both saddened and perplexed by the management’s conduct in this matter which seems to me contrary to Apple’s best interests. Those interests remain a matter of deep concern to me, both because of my past association with Apple and the substantial investment I retain in it.

I continue to hope that calmer voices within the Company may yet be heard. Some Company representatives have said they fear I will use proprietary Apple technology in my new venture. There is no basis for any such concern. If that concern is the real source of Apple’s hostility to the venture, I can allay it.

As you know, the company’s recent reorganization left me with no work to do and no access even to regular management reports. I am but 30 and want still to contribute and achieve.

After what we have accomplished together, I would wish our parting to be both amicable and dignified.

To the Apple Board of Directors and the Apple Community:

I have always said if there ever came a day when I could no longer meet my duties and expectations as Apple’s CEO, I would be the first to let you know. Unfortunately, that day has come.

I hereby resign as CEO of Apple. I would like to serve, if the Board sees fit, as Chairman of the Board, director and Apple employee.

As far as my successor goes, I strongly recommend that we execute our succession plan and name Tim Cook as CEO of Apple.

I believe Apple’s brightest and most innovative days are ahead of it. And I look forward to watching and contributing to its success in a new role.

I have made some of the best friends of my life at Apple, and I thank you all for the many years of being able to work alongside you.

Result: During his 14 years tenure in Apple from 1997 to 2011, Jobs team has done revolutionary innovations like portable devices, ipod, ipad and first one touch phone (iphone).  After his death Apple touched a record market value($624 billion) under Apple’s new successor Tim Cook.