Supreme court of India today took a very important and significant decision dumping section 66A, a controversial law that made posting “offensive” comments online a punishable offence, which can lead to jail, after a long campaign by defenders of free speech.

The matter was discussed and reviewed by the bench of justice J Chelameswar and justice RF Nariman. The bench said “Section 66A is unconstitutional and we have no hesitation in striking it down,” said justice RF Nariman, reading out the judgement. “The public’s right to know is directly affected by section 66A.” 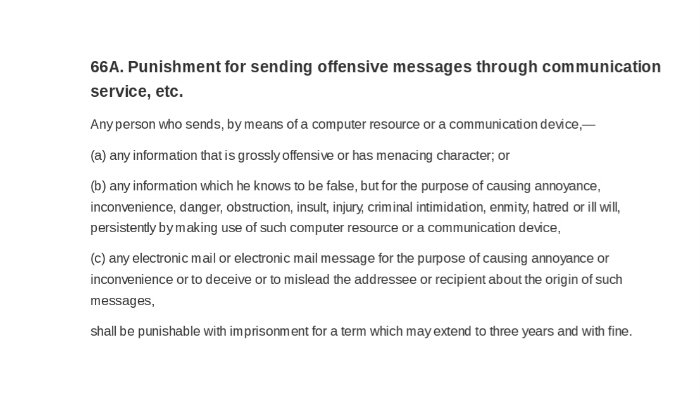 Elaborating the grounds for holding the provision as “unconstitutional”, it said terms like “annoying”, “inconvenient” and “grossly offensive”, used in the provision are vague as it is difficult for the law enforcement agency and the offender to know the ingredients of the offence.

Further to the conclusion, the bench added, “When judicially trained minds can reach on different conclusions, while going through the same content, then how is it possible for law enforcement agency and others to decide as to what is offensive and what is grossly offensive. What may be offensive to a person may not be offensive to the other”.

A Couple of years back Shaheen Dhada became the victim of Section 66A, after her Facebook post questioned a spontaneous shutdown in Maharashtra, at the funeral of the late Shiv Sena head, Bal Thackeray on November 19, 2012. It all resulted in assault, illegal detention for 10 days and a subsequent compensated Rs50,000 by the National Human Rights Commission through the Maharashtra government.

Like Shaheen Dhada, there has been other victims too because of section 66A, let’s take a look: 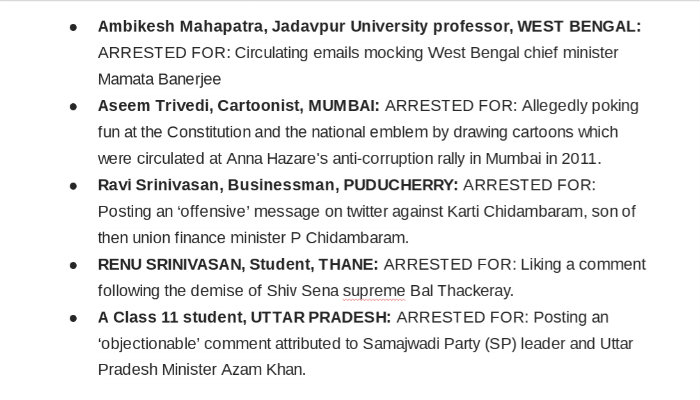 Some victims of section 66A

Section 66A has been a pretty controversial law and has got a lot of protest from the protectors of free speech. The supreme court’s decision is a very much welcomed move.