Chinese netizens have been lashing out at the bosses of a company in Zhengzhou, China’s Henan Province, after it was reported that they had punished some employees by making them crawl around a lake.

According to City Report, a local media outlet in Henan, around a dozen people were seen crawling on the wooden path along the lake on Friday. Nearly everyone’s clothes were worn out, while some had suffered bruises and scrapes and were bleeding. 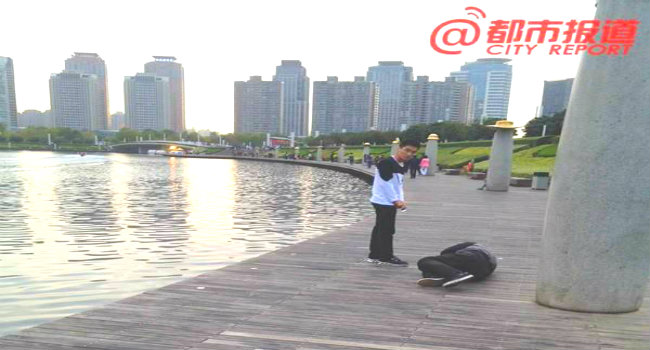 When asked why it was that they were continuing to crawl, one of the individuals told the reporter that they were all employees of a local company, which ordered them to do so because they had failed to meet their sales goals. 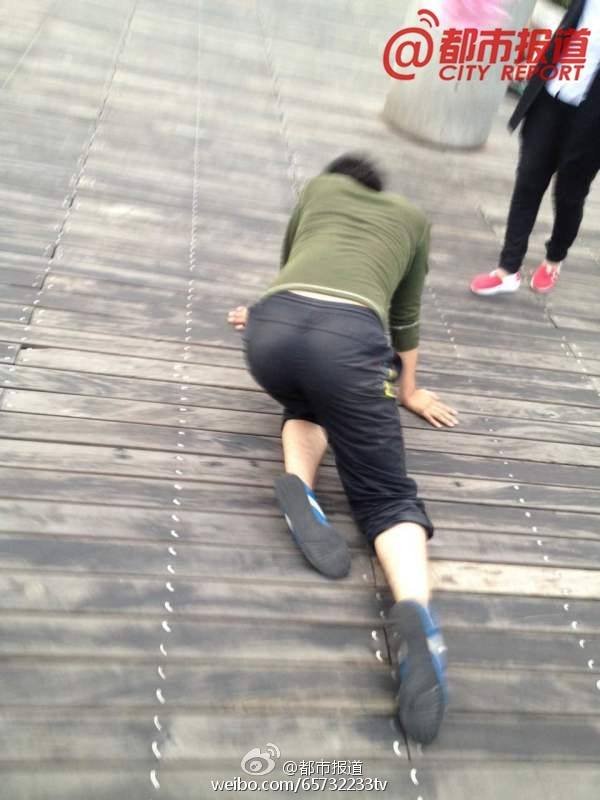 The photos of the employees were soon posted online on China’s Twitter-like social media platform Weibo and resulted in outraged reactions, with many calling the punishment sheer torture and a reflection of the company’s disrespect for human rights. 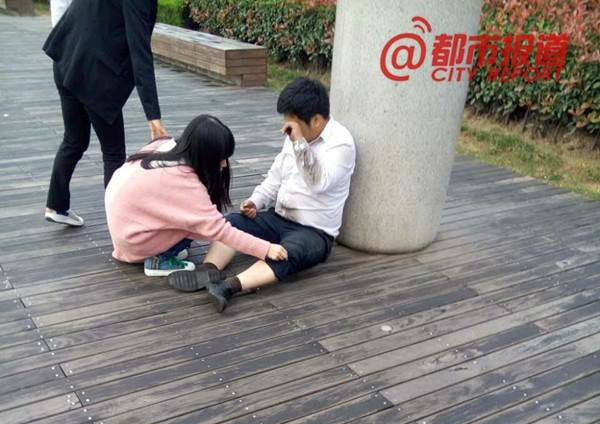 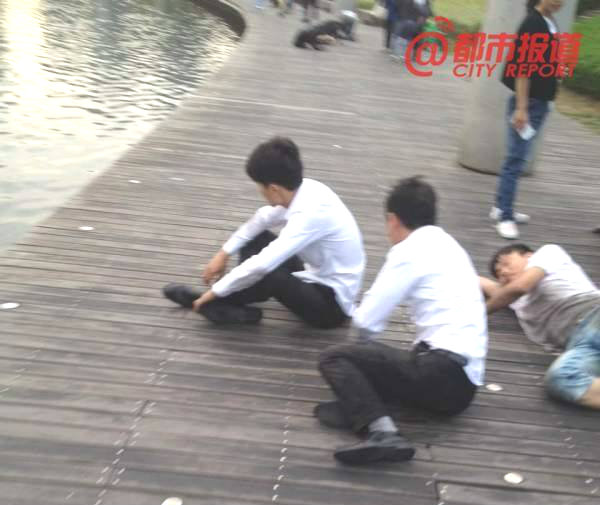 “How can this company ever get stronger with such kind of policy? For starters, the employees wouldn’t follow it with their whole hearts,” commented @Linuannuan94.

Others, meanwhile, said that they couldn’t really feel sorry for the employees because they weren’t standing up for themselves in the face of such an unfair policy.

“The punishment is total humiliation. But I don’t understand these employees: Why crawl just because someone else told you to do so?” said @Xiaoyudiaoxiaomiao.

“I think these people can only do what their bosses order them to, because they are afraid of losing their jobs. Hope there is a proper solution for them to enjoy some dignity, while not costing them their jobs,” argued @Beihaibei955.