Samsung, after aborting the launch of its first Tizen powered phone in Russia last year, has finally decided to launch its phone Samsung Z1, working on Tizen operating system, in India. The price is speculated to be around Rs. 5700 ($ 92).

What is Samsung Tizen?

Despite being one of the major Smartphone companies of our generation, Samsung’s net market share has been constantly shrinking. Samsung phones work on Google’s Android operating system and it has wanted to get out from under Google’s influence for some time. Their solution to this problem is Tizen, a Linux derivative operating system. 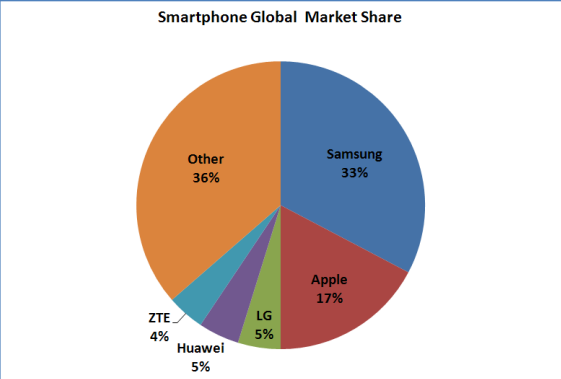 Its SDK is built on top of open source components, but the entire SDK is published under non-open-source Samsung license. Therefore, it is unclear whether the developers can legally use the native application framework and its graphical components or not, but the Source Code access is guaranteed.

Hyun Chil Hong, the President & CEO of Samsung in India, said the device has been built to “meet the unique, entertainment focused needs of local Indian customers”.

The reason Samsung gave for delaying the launch of Tizen phones was, that it wanted time to “further enhance the Tizen ecosystem” before releasing it, which is a fancy translation for “there are no apps for Tizen”.

The 2.3v of Tizen was launched a while back and the fact that Samsung had to cancel the appearance at a Tizen developer conference does not help its cause.

In Smartphone department, most developers prefer Android, followed by iOS and then the rest. The basic difference between Smartphones and Feature-phones is that Smartphones focus on apps as much as being able to make phone calls! Attracting developers to make apps for their OS seems to be the first hurdle of Samsung, the next one is to attract customers already accustomed to Android’s humongous app market.

The solution Samsung should implement is Tizen should provide alternatives for all Google services that are now an integrated part of Android and rely on their distribution model to slowly make its users comfortable with Tizen. 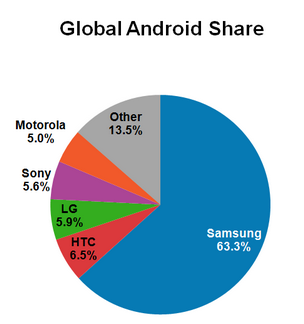 Even after giving a chance to the new operating system, Tizen, the phone’s hardware Z1 doesn’t actually look that great, even on paper.

The specs provided for Z1 fall short in comparison to new companies like Xiaomi and Gionee for same price range. The screen quality is not great, average at best, battery power is only 1500 mAh providing only 7 hours of video playback, the camera seems poor when others are providing 5-8 MP cameras, especially the poor front camera is not justified when the trend of Selfies is extremely popular. The brand name may justify the average specifications for people looking for a nice after sale service, which Samsung excels at.

Let’s see how Tizen performs against its nemesis, Android. 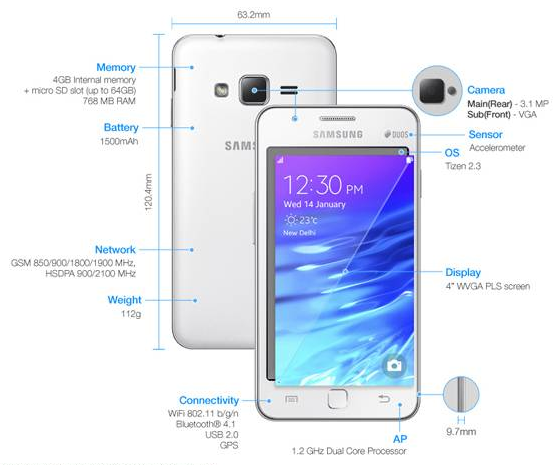