With all the people trying to give their helping hand towards Kerala Flood Relief, Paytm also introduced a feature on its platform through which the users could donate any amount of their choice for helping the people affected in Kerala.

Paytm’s founder Vijay Shekhar Sharma also donated an amount of Rs 10,000 towards the Kerala Flood Relief and later did something that got him trolled on the largest social media platform Twitter.

He after the donation process on Paytm tweeted that he had donated Rs 10,000 to the Kerala Chief Minister’s Disaster Relief Fund through his transaction app. He put up a screenshot of the message stating, “Just did my Rs 10,000 donation towards #KeralaFlood relief. Go ahead and open your Paytm app to donate now!” 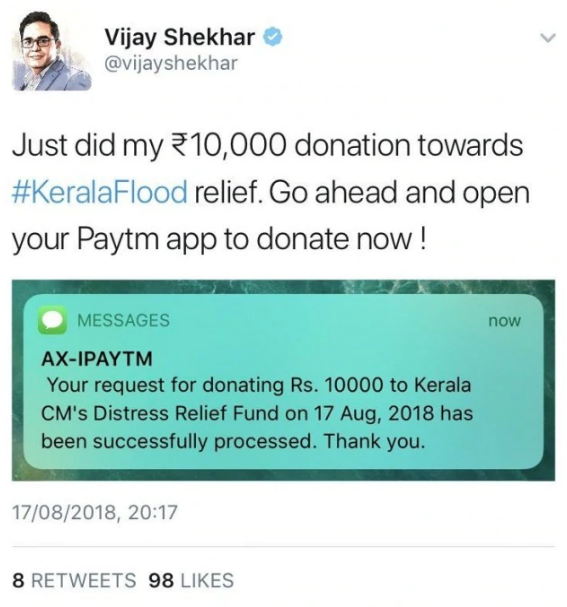 He had no idea that his tweet could troll him to an extent that he will have to delete it later. Criticism rained down on the Indian billionaire accusing him of donating such a small amount being a billionaire. Also, various comments and judgments called his donation a publicity act to promote his company. Many people also accused the company of earning profits out of the contributions for Kerala through transaction fees. 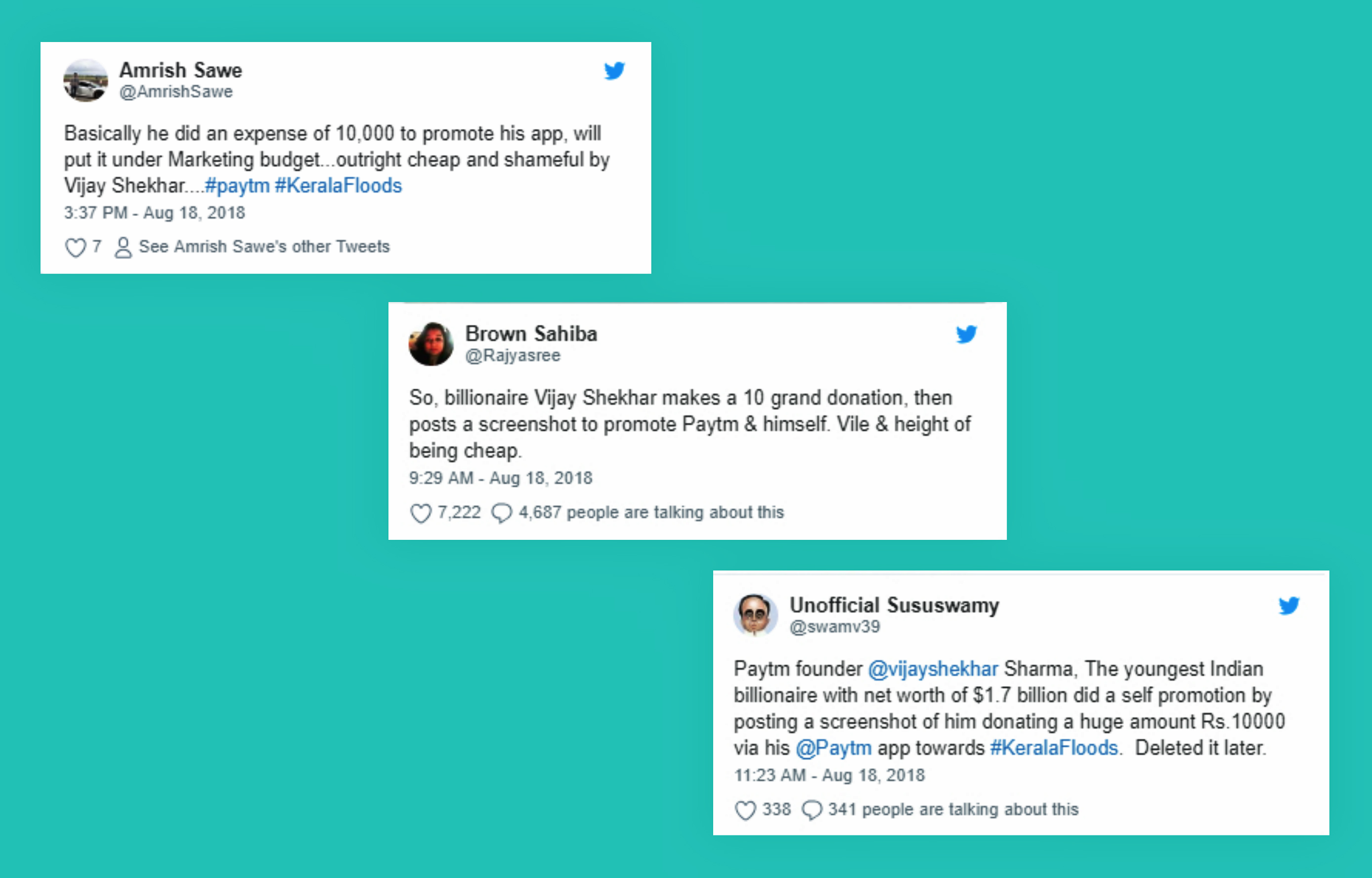 Besides all the criticism, many people also considered it as an example of how easy it was to donate money to the Kerala Chief Minister’s Disaster Relief Fund. And, the sum was Rs 10,000 because most Paytm users cannot transact for amounts more than Rs 10,000. During these days, Paytm has been successful in collecting over Rs 30 crore from 12 lakh users.

We are happy to share that we have crossed INR 30 Crore in contributions in under 4 days, from over 12 lakh Paytm users for #KeralaFloodRelief ?

Along with this, the company also made it clear that all donations made through the app are exempt from transaction fees, whether it is for the user or the government.

Talking about the Kerala Flood Relief, the people must do their part and help the people of their country by contributing their part.