As per a news report by The Economic Times, Thiel is close to investing in a $25 million round along with Sequoia Capital and other existing investors in Mumbai-based mobile payment solutions startup Citrus Pay. While Citrus, Thiel and Sequoia Capital didn’t confirm officially yet, Japanese online payments company eContext Asia and Beenos Asia, are also expected to participate in the round. 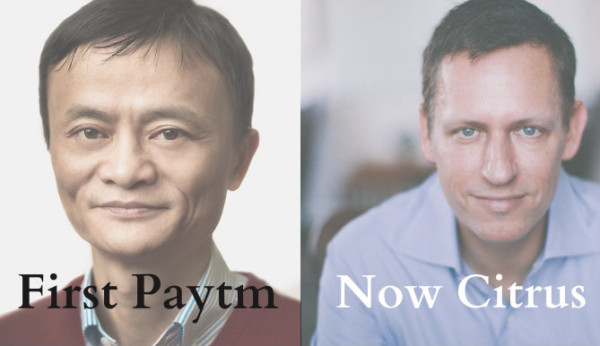 Citrus’ previous of capital raising in December 2013 had valued the company at $30 million. The Mumbai-based start-up earlier told the ET that it is looking to raise $70 million, and Thiel’s investment could be part of the larger fundraising.

Citrus operates on both consumer and business side in the payments space. Its payment gateway is used by companies like Indigo, Go Air and Amazon India where it processes transactions worth $1.5 billion on an annualized basis.

Indian payment market is the most happening platform right now. First it was Alibaba tying up with Indian-born Paytm and now it’s Paypal founder Peter Thiel looking forward to trying his luck in next big potential winner in the space Citrus Pay, a Mumbai based startup.