The taxi business or more specifically the radio taxi business in India has skyrocketed over the past few years to say the least. Crores of rupees of investments and seemingly unending demands helped keep it soaring to new heights every year. But with the recent upheaval caused by the alleged rape committed by one of Uber (a San Francisco based taxi firm) drivers and the government’s temporary ban on app based taxi services, doubtful theories about the future of the taxi market started floating around. Would this incident affect the entire industry as some predict? Or is this just a small hiccup acting as a warning to re check their safety parameters? Read on to find out more about the present scenario and the possible effects on the future of the taxi business!

Taxi business has always been one of the sunrise or rosy ventures where you’re almost guaranteed a profit. According to data, about INR 600 Crores have been invested in the Indian taxi as of May, 2014. Few weeks ago a Japanese businessman Masayoshi Son has invested a whopping $210 million in Ola cabs which turns out to be the largest till date. However things don’t actually look so smooth anymore. Due to a multitude of reasons ranging from lack of availability of qualified drivers to the recent rape incident, there appears to be a noticeable decline in the industry.

Take a look at these charts based on the information provided at Business-standard showing the recent performance of some major Indian taxi service providers. 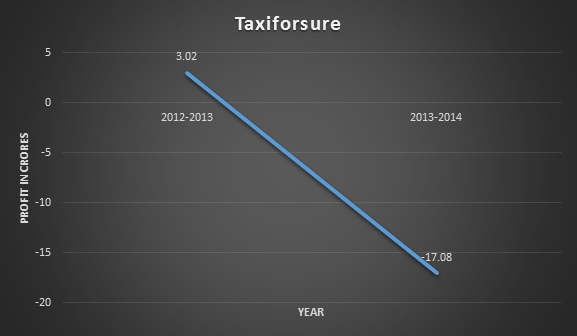 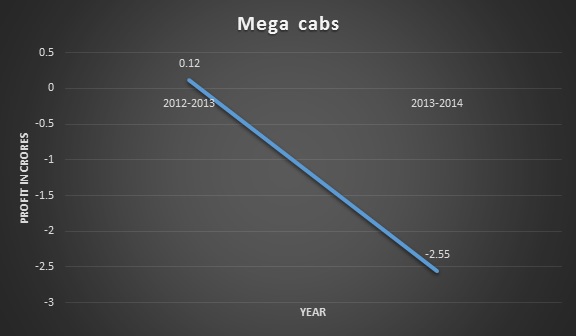 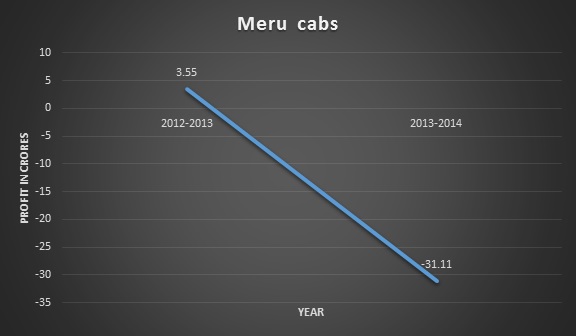 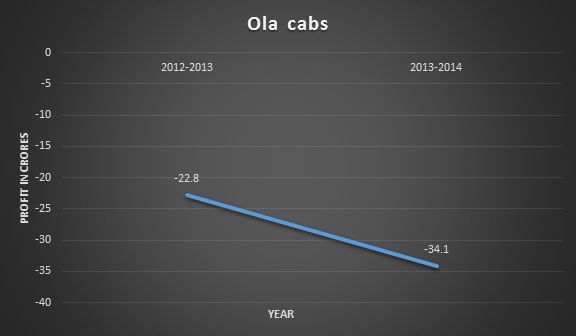 The way the taxi industry is currently headed is clearly evident from the above information. Almost all the major cab service providers have moved into losses not to mention they have also been completely banned in multiple states as of today. The ban mostly applies to radio taxi services and others that are unregistered but that doesn’t mean people would not worry about their safety and there is little that can be done against the disquiet of calling a taxi late at night. It would also make the investors think twice before making a move.

This does look like quite a dire situation for the taxi industry but there’s nothing to say that this is going to last or the market itself would come to an abrupt end. India’s Home minister Rajnath Singh already mentioned that the ban was not permanent and would be lifted as soon as proper working regulations are formed. “The intention is not to ban but regularize these taxi services. The prohibition is until proper verification and registration of these services is done. We want to simplify the procedures in this regard and make them transparent. I will take effective steps in this regard in the next few days” Mr. Rajnath said during a session at Rajya Sabha . His voice is only further intensified by various investors demanding that government should come up with “clear and transparent laws and create a level-playing field for all”.

So overall, it is obvious that although the current phase is probably the lowest for taxi business in India,this is most certainly a temporary state. The taxi service providers must re-asses the level of security of their services, choose a more vigilant method in employing their drivers and once they do, BOOM! They will be back to glory, even stronger!