Google has launched a Person Finder tool to help the victims of the tragic Nepal earthquake. People can use the web application and can share and look for information about missing persons affected by the earthquake. Google has made this app in both languages, English and Nepali.

The web application which is currently tracking more than 1000 entries from the Nepal Earthquake, contains two separate tabs for two different kinds of usage:

I am looking for someone:

For those who are looking for someone can search by entering his/her name as: 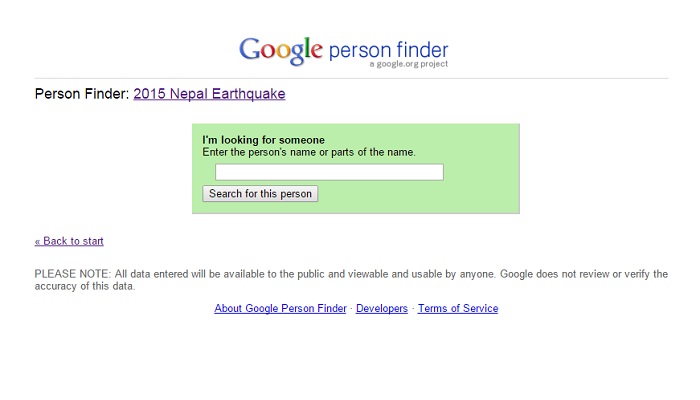 Looking for someone? Enter the name

I have information about someone:

Similarly, if an individual wants his relatives or friends to know that he is safe, or if he has heard from someone or about someone stuck in the disaster affected area, then he can share the information as: 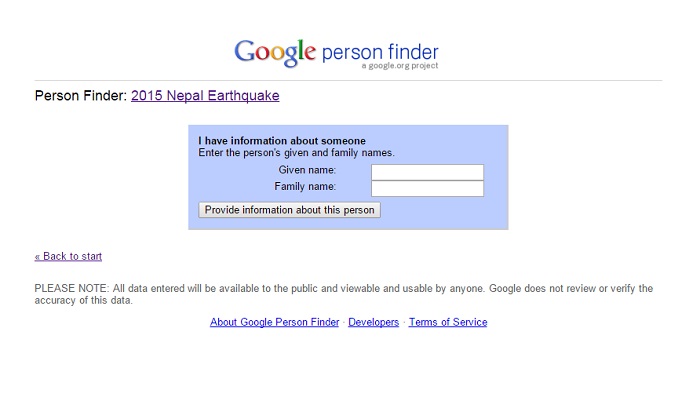 Have information about someone? Please enter the details

Google Person Finder, a project of the Google Crisis Response division of Google.org, was built by Google engineers in response to the January 2010 earthquake in Haiti to help those affected by the earthquake connect with their loved ones. The deadly earthquake killed more than 100,000 people.

Earlier this morning, a 7.8 magnitude earthquake centered less than 50 miles from Kathmandu rocked Nepal with devastating force killing thousands of people. The Nepal earthquake, which was felt in northern India too, is said to be the most powerful one after 1900.

The web application had helped people track the missing during the Uttarakhand floods in 2013, after a 8.9-magnitude earthquake that triggered a 13-foot tsunami in Japan in 2011, and also during the Bostom Marathon bombings.

Facebook too came forward providing Safety feature for Nepal Earthquake. Facebook’s feature can be seen as saying “Quickly find and connect with friends in the area. Mark them safe if you know that they’re OK.” 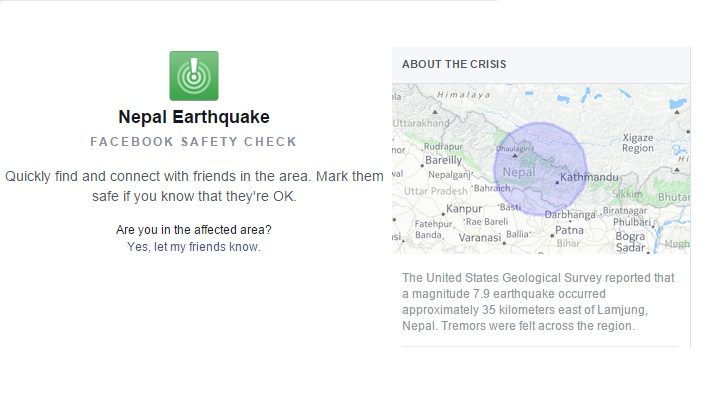