BSE Listed Directory services company JustDial has decided to put its Rs 1000 crore fund-raising plan on hold & buy back shares as much reports The Economic Times.. The company is replanning to buy back up to 25 % of the aggregate paid up capital to free reserves & use cash effectively. 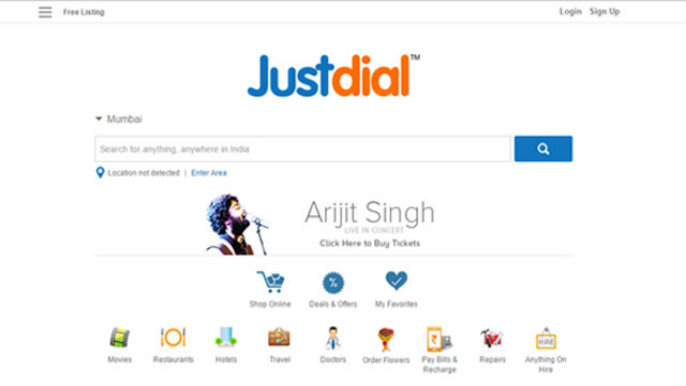 The primary objective of this planned fundraise had been acquisitions with a focus on e-commerce.

JustDial’s share price has fallen significantly from the Rs 1,700 levels when the fund-raising plan was announced in October, and a buyback could help shore it up. Shares of Just Dial closed at Rs 1,109.65 on NSE on Thursday, up 1.5% in a flat Mumbai market.

JustDial has Rs 815 crore of cash on its books. Even so, a buyback is considered rare. “I have not seen a buyback in less than two years in IT services and internet space till now,” said an analyst at a domestic brokerage, declining to be identified.

Under the pilot for its hyper-local business called ‘Search Plus’, planned to be launched by August, Just Dial has started delivering products from local groceries, restaurants and pharmacies at one pincode in Mumbai. Just Dial plans to spend up to Rs 100 crore on marketing and advertising for the launch of ‘Search Plus’, which has been delayed as the mobile application and website are being revamped.

“Anybody in the search business today will have to give the next level of value-add, even the biggest players. Customers are evolving and want to do things in the shortest period of time,” said Mani, who took Just Dial public in June 2013.