Amazon.com Inc’s post-earnings surge has pushed Jeff Bezos to the top of the Bloomberg Billionaires Index for the first time, ahead of Microsoft co-founder Bill Gates who had held the spot as the richest person on Earth for four years.

Bloomberg Billionaire Index showed that Jeff Bezos added $10.4 billion to his net worth as Amazon shares rose to 13 percent. 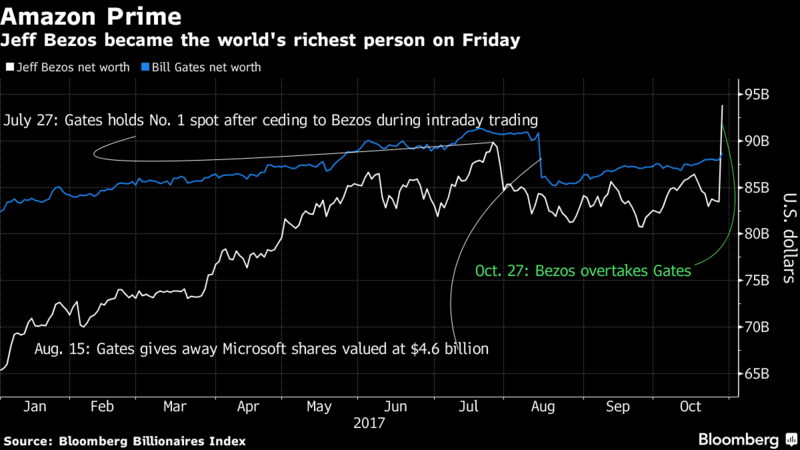 Earlier this year, Bill Gates donated 64 million of the Microsoft’s shares worth US$4.6 billion. Reports suggest that this was the largest gift that Gates made since 2000. Bill gates gave away $16 billion worth of Microsoft shares in 1999 and $5.1 billion a year later, according to calculations by Bloomberg.