Business Insider- There is an interesting line in Square’s recent IPO filing that reveals that CEO and founder Jack Dorsey’s companies appear to be profiting from one another.

The S-1 filing states that West Studios LLC, a marketing firm in which Dorsey has “direct ownership interest,” received $1.2 million from Square for “consulting services.” 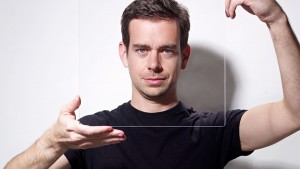 Not only that, but West Studios purchased 375,000 shares of Square’s common stock, which ws exercised in full in 2014.

This isn’t the first time West Studios has popped up in one of Dorsey’s companies’ SEC filings.

Check out this passage from Twitter’s IPO S-1 filing in 2013:

The traditional defense of these kind of relationships between directors at companies and service providers where they are also directors is as follows: Working at a startup is chaotic. Startups often don’t have the time or the resource to conduct lengthy agency reviews (and they may not even know how to conduct an agency review.) And not all big agencies want to work with startups. If the CEO or a senior director at the company already knows an agency that can work with them straight away to get things up and running, that’s great. There may be a potential conflict of interest, but it has been fully disclosed, and not huge amounts of money are changing hands here.

Nevertheless, for West to pop up not once, but twice, in Dorsey’s S-1 filings is likely to raise some eyebrows.

So what is West Studios? And why is it getting all this money from Jack Dorsey’s companies?

West isn’t a well-known marketing agency. It doesn’t have a website. Trade web side AgencySpy has previously described it as “secretive.”

Here’s what we know.

West is a small (~50 people say they work with the company on LinkedIn) San Francisco-based agency founded by former Apple VP of marketing communications Allison Johnson in 2011. Johnson reported directly into Steve Jobs at Apple and oversaw the launch of memorable ad campaigns like “Mac vs. PC” and “There’s an app for that.”

Here’s a video of Johnson talking about her time at Apple.

Dorsey provided some of the initial funding to launch the agency, although it’s not clear exactly how much of a stake he has in the business. AgencySpy suggested in 2013 he had “distanced” himself from the company since launch. Ray Chambers, the founder of Malaria No More, was also an initial investor.

Here’s how West describes itself, as per a job post on the agency’s LinkedIn page for a role in its New York office:

West provides strategy, design, growth, and creative expertise to early stage companies who are ready to scale their markets and achieve their maximum potential. Our Partners are typically high-profile, well-funded companies with seasoned founder teams and good traction with a loveable product. We provide a fully supported “CMO-in-Residence” team to design and build the strategy, structure, processes and talent necessary to create a world-class marketing engine that drives exponential growth.

Our approach is highly collaborative, where every team member contributes to the design, development, and implementation of world-class marketing outcomes. The West process is fueled by creative tension between business, market, and customer requirements, and steered by an entrepreneurial understanding of “start up” urgency and resource constraints.

West Studio’s clients have included Jawbone, Rdio, Tumblr and artificial intelligence company Anki, a source tells us the agency has also worked with Path – and, of course, Twitter and Square.

In 2011, when Dorsey was serving as Twitter’s executive chairman, he went on to oversee the company’s marketing functions, following the swift departure of marketing head Pam Kramer after just three months in the role.

According to a report earlier this month, Dorsey hired West Studios to produce Twitter’s first and only TV commercials. A source told Business Insider the arrangement (the fact that Dorsey appointed a company he has a financial stake in) “raised eyebrows and caused whispers within the company.”

Here’s a playlist of those 15-second TV ads..

In 2012, after a period of turmoil in which Dorsey reshuffled executives at the company, changed the product, but also failed to be communicative enough with his staff, he was “quietly shown the door,” the source told Business Insider.

Now Dorsey appears to have set up a similar arrangement between West Studios and Square.

Dorsey isn’t doing anything wrong or illegal. Yet the arrangements between West Studios and Twitter and Square do suggest a conflict of interest. When companies buy services from agencies they’re supposed to make their appointments based on the value that agency will be able to provide. Appointing a company that your CEO is invested in could raise a problem for internal marketing departments: it could present some political tensions if the marketing boss wanted to get rid of the agency from the roster.