Gayle, an established T20 player, surprisingly found no bidders despite being a big draw for around last seven seasons of the cash-rich league. 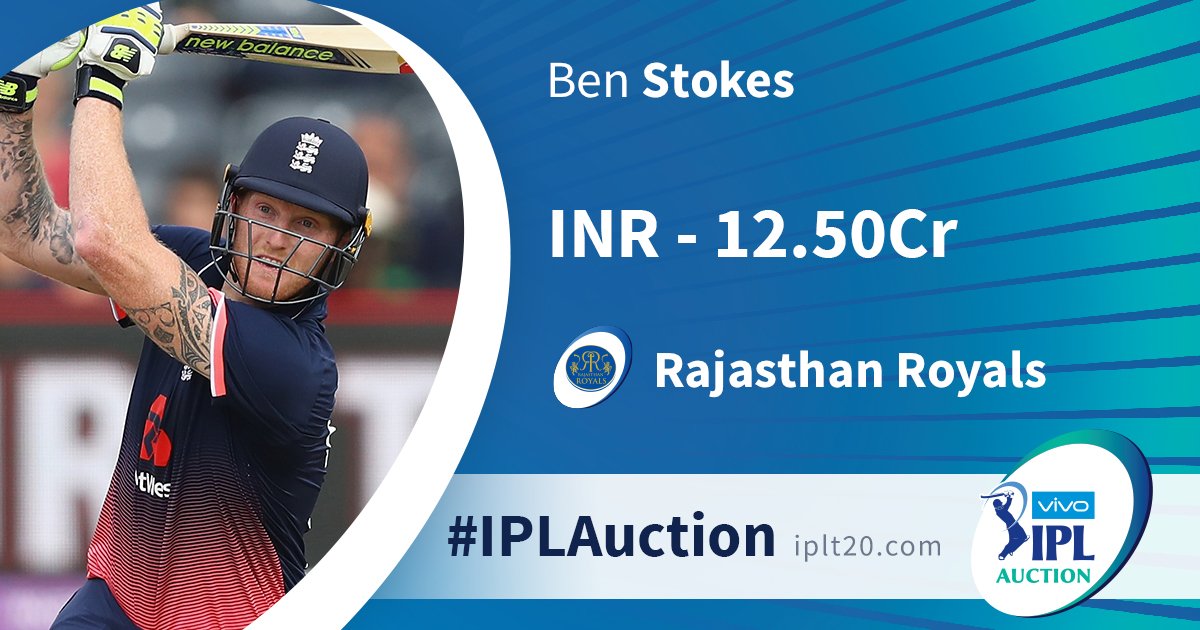 It was another big pay day for Stokes, who was bought for Rs 14.5 crore by Rising Pune Supergiants during the last auctions, and proved to be a worthy buy with his all-round performances taking the team to the final.

There were multiple bids from Kings XI Punjab, Chennai Super Kings but Steve Smith, Stokes’ captain at the Pune franchise wanted him desperately and thus his owners respected his wish.

Kieron Pollard was predictably bought by Mumbai Indians using their Right To Match (RTM) card for Rs 5.40 crore while Sunrisers Hyderabad bought back Shikhar Dhawan for Rs 5.2 crore after heavy bidding from KXIP.

Faf Du Plessis was retained by CSK for only Rs 1.60 crore while Rajasthan Royals used RTM to get Ajinkya Rahane back in their fold for Rs 4 crore.