In china, farmers too are becoming tech-savvy which is leading to a good harvest from better care of the crops.These farmers are using technology to the fullest and the result is visible in the increased incomes of these farmers. Chinese internet conglomerate, Alibaba, too is supporting these farmers take the leap, with plans to invest 10 billion yuan (USD 1 billion).

Bejing: Internet aided by e-commerce is boosting income of Chinese farmers and helping in turning the backward agricultural sector into a lucrative modern industry. 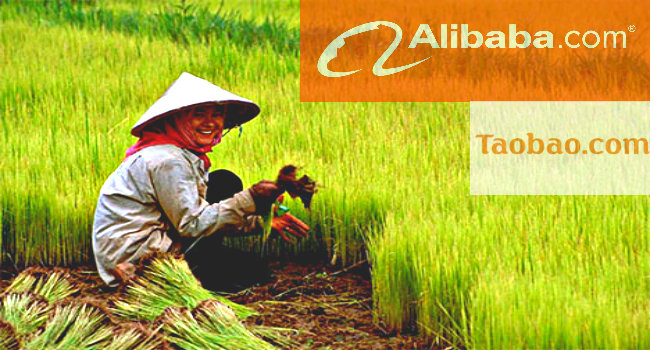 For Zhang Guoqin, growing crops sometimes simply needs a few clicks of the mouse. In northeast China’s Heilongjiang Province, he monitors his rice fields on computer screens. He uses a system of sensors and automatisation which takes a lot of the toil and inefficiency out of his business.

For example, his fields are irrigated automatically if sensors detect that they need it.

“Thanks to the data, we are able to track the conditions of crops, assess nutrient levels and forecast disasters,” Zhang told state-run Xinhua news agency.

Such innovation is a new trend in Chinese farming, a welcome change of direction for a rural economy that has long been seeking modernisation. Watching the positive changes being brought about by Internet, China’s cabinet unveiled an “internet Plus” action plan last month targeting integration of the internet with traditional sectors to make them smarter and more efficient.

Along with manufacturing, agriculture was on the top of the list.  Farming in China has been booming for over three decades. The summer grain output reached a record high of 141.07 million tonnes in 2015 after 11 consecutive years of increases.

Though harvests were good, inefficient sales channels, a shrinking labour population and lack of access to loans have been squeezing farmers’ earnings and dragging down the rural economy, the report said.

In 2014, the per capita disposable income of rural residents rose 9.2 per cent year on year to USD 1,720 less than half of that of urbanites, and 70.17 million rural Chinese earned an annual sum less than USD 385, the official poverty line.

However, the internet, especially mobile networks, have provided agriculture with a new vision. By the end of 2014, nearly 30 per cent of China’s rural population were online.Given the bright outlook, internet companies and e-commerce giants are thronging to take a bigger share of the agricultural pie.

Taobao.com, China’s largest online shopping platform, has launched an agricultural channel. It’s internet conglomerate, Alibaba, also ambitiously plans to invest 10 billion yuan (USD 1 billion) into 100,000 new service centres in Chinese villages in the next three to five years to help train farmers in internet use. However, there are still bottlenecks that have to be addressed to facilitate the national ambition of upgrading agriculture.