Reuters- As many as 850,000 small chemist shops in India will shut for a day next week to protest against a burgeoning online pharmacy industry that is attracting big money backers.

The one-day nationwide strike on Oct. 14, called by the All India Organization of Chemists and Druggists (AIOCD) comes as a government panel started working on regulations for the sector. 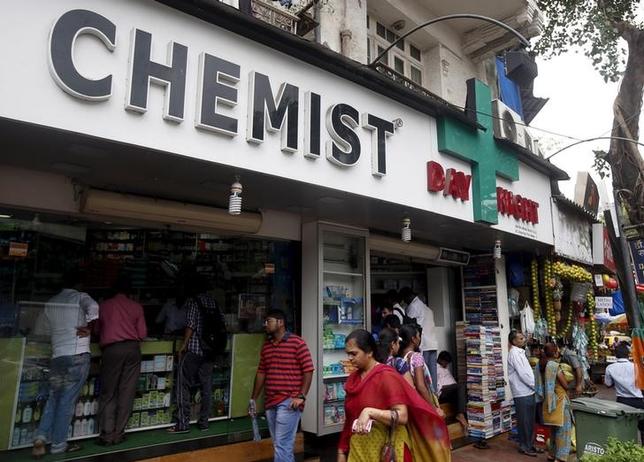 People walk past a chemist shop at a market in Mumbai, India, June 25, 2015. REUTERS/SHAILESH ANDRADE/FILES

Varun Gupta, head of medical affairs at 1mg said the company gets up to 60 million hits a month on its website and its mobile app has been downloaded 3.5 million times since 2012.

Drug retailers say e-pharmacies challenge their businesses and would allow medicines that could be abused to be sold without verification. They also say the online pharmacies make it easier to use one prescription to purchase medicines numerous times. However Indian law does not regulate e-pharmacies.

“Our children are savvy to social media. If they put one prescription online, they will take a picture and send it to other companies to get medicines,” AIOCD President J.S. Shinde said.

But drug sales, even at traditional shops in India, are weakly regulated. Pharmacists often sell medicines without verifying prescriptions.

E-pharmacies said they were not violating drug laws and customers needed to upload prescriptions before buying regulated drugs.

“We expect new regulations to give clarity for online players to exist,” said Hemant Bhardwaj, chief executive at Zigy.

Consumers are attracted by the convenience. “A huge database of medicines makes it a one-stop shop,” said Thongsuanmung Vualnam, a New Delhi health consultant who recently started shopping for drugs online.