Google might update touts real-time translation significant update to compete with Microsoft’s impressive new Skype Translator. The rumored update will be reaching to smartphones soon, enabling your device to automatically recognize foreign language being spoken and will quickly translate it into text.
You’ll also be able to translate signs and other text by pointing your phone’s camera at it, a much awaited feature since Google bought Word Lens. 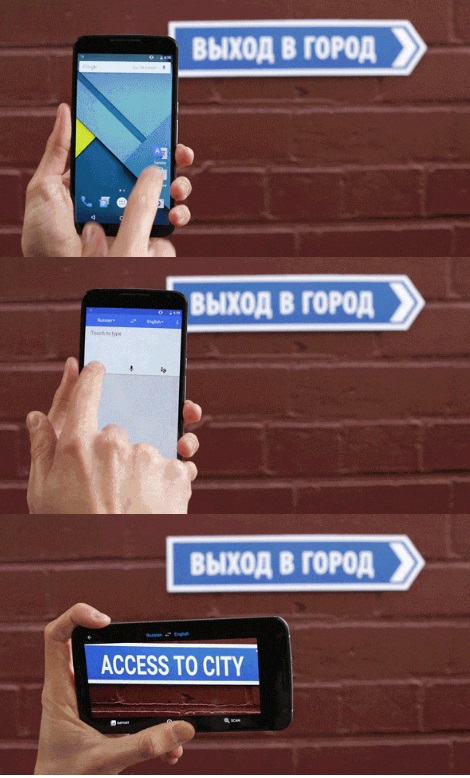 Get textual images translated without even clicking!

The Translate app can translate photos of text in 36 languages, in addition, Google says that Word Lens will also add functionality that will enable your device to translate without clicking the image or rely on a data connection.
Currently Google translate is able to covert 80 languages, which is almost double the number of language conversions offered by Microsoft Skype translate(45).
Google blog explained that “additional features will take Google one step closer to turning your phone into a universal translator and to a world where language is no longer a barrier to discovering information or connecting with each other.”

For those who are unaware of Microsoft’s Skype Translator, it offers instant audio translation while using the video-calling service. However, it’s in preview for Windows 8.1 devices and Microsoft claims it is getting smarter with time and usage.
Next article
Previous article