The reach of the digital payments platform Freecharge has grown from 17% to 30% in the period from October 2015 to April 2016 in India — the highest growth in app usage for any payments app in the country, a Nielsen study revealed on Monday. 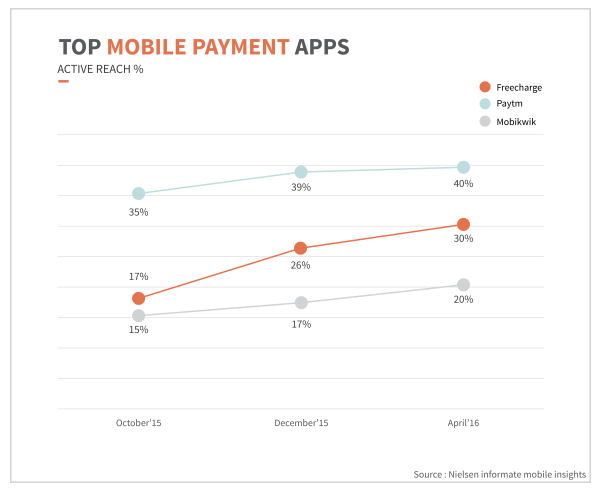 Freecharge also emerged as the most engaging app in the category with the average time spent on the app per month — increasing from 28 minutes to 55 minutes in the period October 2015 to April 2016, said the data from Nielsen Informate Smartphone Panel. 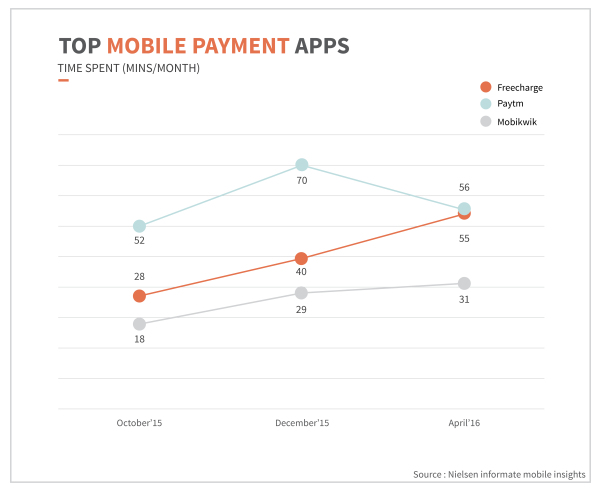 Freecharge core philosophy is focused on making transactions swifter and more secure. A number of features such as On the Go Pin (patent pending), Speed Pay (making transactions within 10 seconds), first of its kind Social Pay services like Chat n Pay, payments through WhatsApp and consumer engagement initiatives like Data Lifeline have been instrumental in increasing consumer engagement and popularity.

Here’s what Freecharge CEO, Govind Rajan had to say about the Neilsen Data:

“Freecharge is driving customer growth through superior user interface. We believe a great user interface, not only promotions, result in sticky consumers. We are obsessed about consumer experience metrics. Transactions on Freecharge take less than 10 seconds and we have industry leading success rates.

The Nielsen Informate mobile insights are gathered through a smartphone panel which captures the actual app usage data of the users on a daily basis.