A week back, I had an interview with a very big company. I would not say its name here, but can give a hint that, it’s called “THE GOOGLE” of networking. More about me, I am a very normal guy working a 9 to 5 job and work for a media startup as my passion.

Anyways, coming back to my story, the first written round went well. Unexpectedly, I got shortlisted. While waiting for the first round of face-to-face interview, a guy tried to start a conversation with me. He introduced himself, as customary, telling that he is from Flipkart and he is waiting for his second round of interview. By looking at his appearance I could judge that he was a nice and simple guy complaining that interviewers are asking C based questions, while he has worked on RUBY on Rails for half a year with country’s largest e-commerce company, flipkart.

I was actually more annoyed than surprised listening to his story. Annoyed not because he was lamenting for those C questions, but because here, on one side, I have come here to get a new job so that I can earn more, and on the other side, this guy is leaving the job so that he could earn less. On the top of it, he loved his job with flipkart too.

So out of curiosity and irritation, I finally asked him. “Dude, Why are you leaving your so loving job”. He looked concerned . He took his time and after a minute he replied, “I am being laid off”. I said “What? Dude, seriously?”. He ignored my surprise and continued, “Flipkart is laying off WS RETAIL. We got an e-mail, 30-40 of us in the WS division that we are being laid off and we have 3 months to find another job.”

I was shocked. He looked sad. He didn’t want to leave his loving job and work on C! Anyways, the interview got over. That guy went his way and I came back home. Then it stuck to me, Damn! I got an inside information and I missed the chance. Well, I was too much scared for my first interview that I couldn’t ask him to show me that email so that I can get the proof for my media startup. When I told this to the chief editor, he ridiculed me saying “stop making jokes.”

Well folks, after the Economic times news, it seems to be all true now.

It’s official that flipkart is seeking to part his ways from its largest supplier WS Retail, which currently accounts for more than 80% of the platform’s total sales. The aim behind this most probably is to concentrate more on the marketplace. 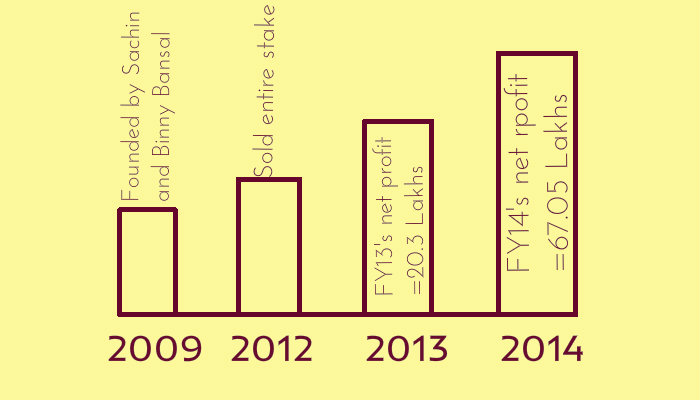 WS Retail journey along the timeline.

As described by ET, WS Retail will continue to be the seller for flipkart exclusives such as the Motorola and Xiaomi handsets. For other smart phone brands like Sony, Samsung, and Apple, deals will be offered through other sellers. “It’s a strategy which flipkart will adopt for other categories too,” the executive said.