ASEAN– The Association of Southeast Asian Nations is a regional intergovernmental organization, founded in 8 August 1967 that comprises of ten Southeast Asian countries which promotes unity of Asian peoples and resist the Western imperialism and colonialism and promote Asian values over European values.

ASEAN works on finding measures to improve economic growth, social progress and sociocultural evolution among its member nations. ASEAN covers a land area of about 3% in the world in which its territorial waters covers three times of land available, making them important in terms of sea lanes and fisheries. 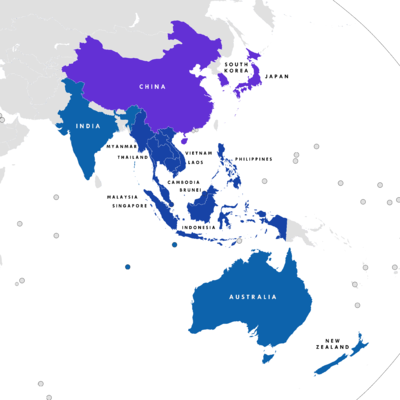 It works with other Asian nations as well to promote unity, prosperity, development and sustainability of the region as well as resolves disputes and problems in Asia-Pacific region. It also has a global influence and promotes goodwill and diplomacy among the nations.

A Comparison of India and ASEAN members

Combined population of: 640 million (8.8% of the world’s population) 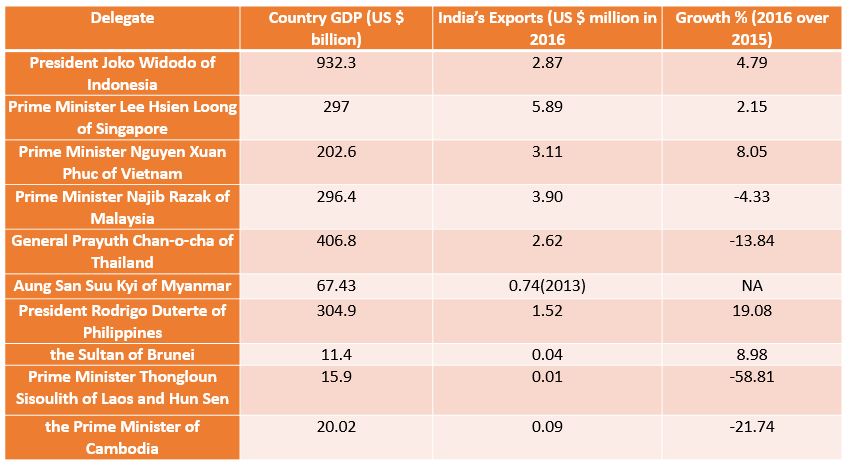 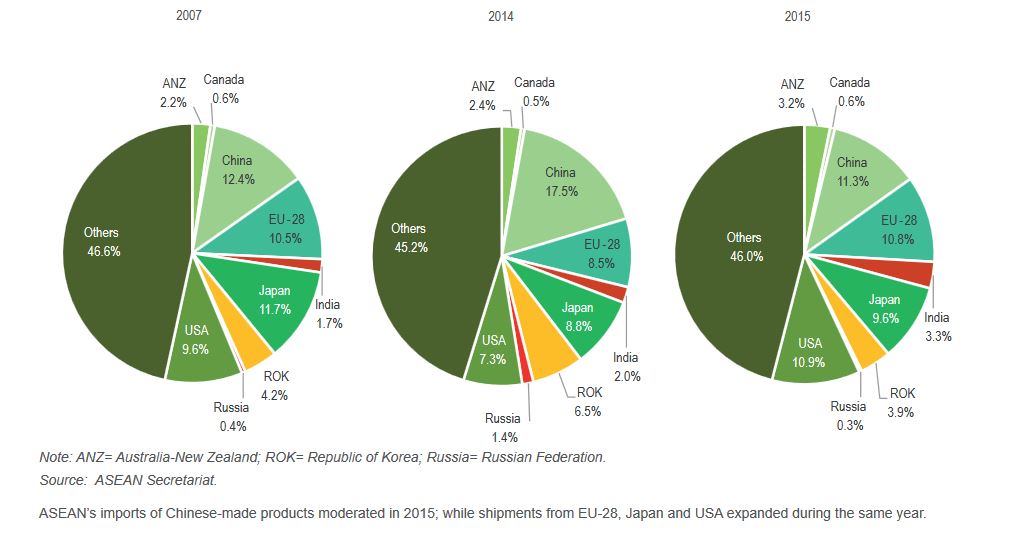 Import Data of ASEAN with other countries

This year, on India’s Republic Day, 10 heads of States and government from the ASEAN member-states will be sharing the stage with our hon’ble Prime Minister Narendra Modi and hon’ble President Ram Nath Kovind. This is a historic event where not 1 but all 10 world leaders will be the chief guests at the Republic Day parade, celebrating 25 years of partnership between India and ASEAN members.

Two months ago, Modi visited Manila to attend the ASEAN Summit which coincided with the 25th anniversary of India becoming a sectoral partner of ASEAN. Also, to mark the silver jubilee of India-ASEAN bilateral ties, India hosted a Commemorative Summit today which all the 10 leaders attended.

The Summit will mark the conclusion of a series of events held over the last one year to mark the silver anniversary of the Dialogue Partnership.

Furthermore, Modi is also set to hold nine bilateral meetings with the leaders, which will focus on the counter-terrorism, security and connectivity.

After pitching the global CEOs with several opportunities that India has for global businesses, it is prominent that he will be asking these to explore India’s economic opportunities.

Earlier in his speech at ASEAN Summit, he focused on India’s “Act Easy” policy and emphasized on developing better economic ties.

In 1996, India’s relationship with the ASEAN got upgraded to that of a dialogue partner. Six years later, India became a summit-level partner. In 2012, the relationship transformed into a “strategic partnership”.

India and ASEAN hold a similar view on the issue of China’s dominance over South China Sea. India supports ASEAN which are looking for a rules-based security infrastructure in the disputed waters.

Since ASEAN has vast portion as water bodies, it is very essential for them to establish better connectivity and maritime security plans.

Both stand united when it comes to prevention and combat of terrorism, “through exchange and flow of information, intelligence and capacity-building.”