The e-commerce bubble is likely to burst sooner than later as businesses run on profits and not on ideas, former MD of Network18 Raghav Bahl said. “The bubble is going to burst. History has been witness to this time and again. For the past 100 years, these bubbles have been created from the Tulips, to the dotcoms and now e-commerce. Ultimately, businesses run on cash flows and profits and not on ideas that can be valued at astronomical figures”, he said at the India Retail Forum (IRF) in Mumbai. 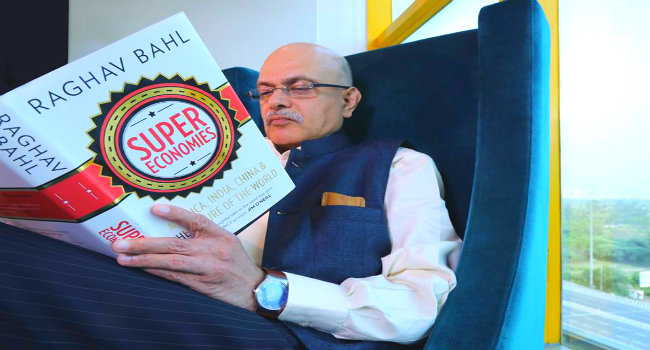 He pointed out to the number of young people coming out of universities and IITs who want to become entrepreneurs indicating the interest in doing business in the country. “However, they need to think beyond the services sector, and consider a broader framework”, he said. Retail czar Kishore Biyani, however, felt that there is a fundamental problem with this phenomenon as he believes people are restricting the scale of their ideas.

“I think there’s a problem here. My daughter is 25. I have spoken to her friends who want to open a waffle store. The younger generation is thinking so small, creating a wave of businesses that are less than Rs 1 crore, when you should be thinking of earning a salary of Rs 1 crore”, he said. On new introductions into the system like ‘Aadhar’ and mobile wallet payments, Biyani said he is “not a great believer in Aadhar”.

“I don’t see society changing that fast, it will take some time to gain momentum. After all, 30 per cent of India is not yet accessible. How can Aadhar work?”, he asked. Underlining the regulatory constraints, Biyani said the single most difficult issue the industry is facing is ‘ease of doing business’. “There is a need for structural reform. For instance, we have 11 to 13 cases against us for using the term ‘mfd’ instead of manufactured on our products”, he said.